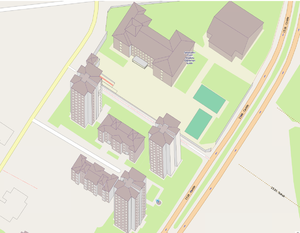 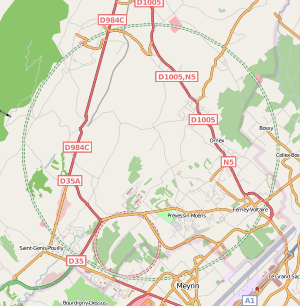 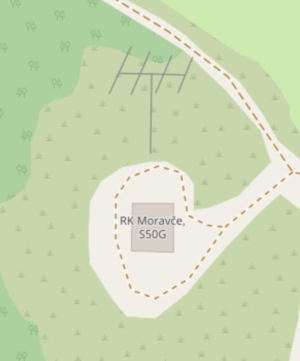 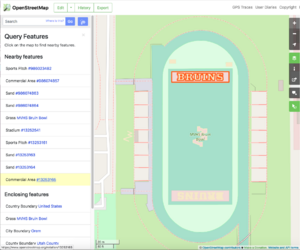 "Tagging for the renderer", also known as "lying to the renderer", is the bad practice of using incorrect tags (or otherwise skewing the data) for the map features, so that they show up in the mapper's renderer of choice. Such tagging goes against the basic good practice principles.

Although the most common form of data skewing would be misuse of tags, this rule can apply to the manner in which elements are geometrically arranged. To collect information about how buildings look use 3D tagging rather than map fake buildings, barriers and landuses that in some renderers will look like 3D image of building.

"Painting" lettering or symbols by adding non-existent landuse=*/natural=*/etc areas for their fill-colors -- see the "Bruin Bowl" example image. Also you don't use barrier tag on painted line in a stadium: Wrong use barrier=fence on a stadium image.

Changing tags into a more popular and correct form is also OK. For example changing a lake from landcover=water into natural=water is OK and helpful, even if primarily motivated by "this lake is not rendered on the map".

It is also perfectly fine and normal to be motivated by seeing something displayed and rendered.

The phrase usually refers to renderers, but it may also apply to routing and geocoding and other uses of the data. Further examples could be conceived for these as well.