The second mapping party in Liverpool took place on the 6th June 2009. The focus of this mapping party was on an area in the North of Liverpool. The venue was Emmanuel Baptist Church in Netherton. The mapping party itself was a single day event due to the obvious other uses of the venue. If you want to get involved on the Sunday there is an area from the cake left but nobody that attended on Saturday intends to map on Sunday. 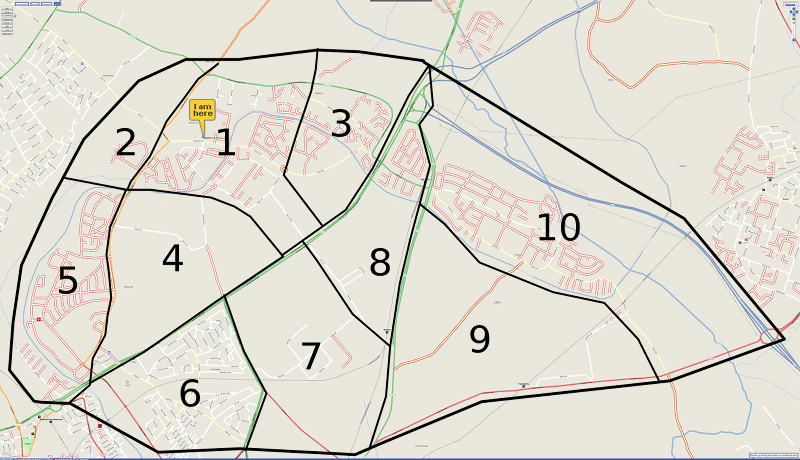 As the party has just passed many areas have been surveyed but the data hasn't necessarily been entered yet. The sections were assigned as followed (if you were at the party please update when you've finished putting in the data you collected). One section was left, if you're going to work on it please claim it here first to make sure we don't get multiple people working on it replicating effort.

There are also a variety of buses that serve the Netherton area, from Liverpool there is the 52, 52A, 55, 56. If coming by train, you can also catch the 55 to Fleetwoods lane, the road the church is on, from Old Roan station. Visit Arriva for more information on bus routes / times.