Can be node as well

Some emergency bays are small, maybe just enough room for a car, the most natural way to tag these is as a node. And when you drive past an emergency bay at highway speed it might be hard to determine exact position and length to draw a proper way. It should be possible to map a node as an emergency bay instead of having to draw a way that may or may not be correct. Gnonthgol 11:49, 31 March 2010 (UTC)

Nodes not connected to the highway are not routable, that's why there is no "node". Lulu-Ann

True, but a node could be placed on the motorway itself. Of course the bay would be on the right (on the left, for the UK and other countries?) --SimoneSVC 15:17, 10 August 2010 (BST)
I agree with Simone. Most emergency bays i've seen are just "small emergency lanes" with a length thats almost below GPS accuracy. A node on the highway is a way to map them, if there's no way to get the real extend. Frank 18:47, 10 August 2010 (BST)

A node is a solution for somebody too lazy to connect a 3 node way to the street and add a FIXME=length estimated. Lulu-Ann
Usually we only draw extra ways if there is some barrier between the 2 ways (physical or by law). Here that makes sense: A6 Wattenheim - Grünstadt, but why would you map that bay on the picture File:Dscf0386-800.jpg as an extra way? Frank 22:01, 17 August 2010 (BST)

I agree with Frank. The bay of the second picture (the kind that's common, at least in Italy) needs no way. It would actually be wrong, as an emergency bay is not a lane with right of way. Even the one in the first picture seems to me more of a rest area than an emergency bay - but I may be mistaken here.
It would be different if we wanted to map the motorway as an area. Then, of course, the extra width of the road in that point should be drawn as such. --SimoneSVC 10:40, 19 August 2010 (BST)
Yes, Frank, we would mal a short emergency bay as a way, because it needs to be routable. (I am repeating myself). And it is longer than 5m in diameter, so it is not a node. Lulu-Ann

You claim that an emergency bay must be a way because it must be possible to route through it? I don't want my routing engine to tell me to take a right into the emergency bay and then right at the end of the bay. In the same reasoning you must ban the use of address nodes because addresses must be routable. And where did you get the 5m rule from? I have never herd of it before and there is no problem in mapping a feature bigger then 5m as a node. I guess that all localities are then wrong because localities are usually way bigger then 5m and still tagged as a node. I can't see a single logical reason why it is bad to tag emergency bays as nodes instead of ways. Gnonthgol 18:01, 3 September 2010 (BST)

With the 5m in diameter rule I am citing Steve Coast. The emergency bay will not have the same highway tag like the street that you drive on, so your smart routing software will not tell you to enter it. Mapping things bigger that 5m as a node is a temporary workaround. Sooner or later all buildings will be mapped with outlines, for instance. Adresses are entrances, and entrances are nodes (smaller than 5m). As you don't drive with your car into doors (drive ins excluded), they are not on the road but next to it. It is not appropriate to not map a building because you don't have the outline. It is not appropriate to save 2 clicks to connect an emergency bay to the street, tough. Diskussing with me about it costs you more clicks here than it will ever cost you to connect the few emergency bays you will map with the neighbour road... So if you consist to be lazy, be it here in the wiki. *LOL* [User:Lulu-Ann|Lulu-Ann]]

Yes. There are very large HGV emergency bays at long downhill motorways in Germany (A2). [[User:Lulu-Ann|Lulu-Ann]

May we please move past this node/no-node controversy? Node-mapping has always been accepted as a low-detail option. I think we may well agree that, while drawing ways is the most accurate version, marking a single node could still be accepted. For example, I'm thinking of how motorways are mapped: there's a single way that represents all the lanes, and adding a separate way may sometime look confusing. Anyway, I think this is not a matter that should keep the proposal at bay (no pun intended). --SimoneSVC 09:48, 20 December 2010 (UTC)

Bays at left on spanish roads

There are some spanish motorways with bays placed at left side, not marked, and somehow allowing eventual connection between both senses of the road. May we have this into account? Example picture. 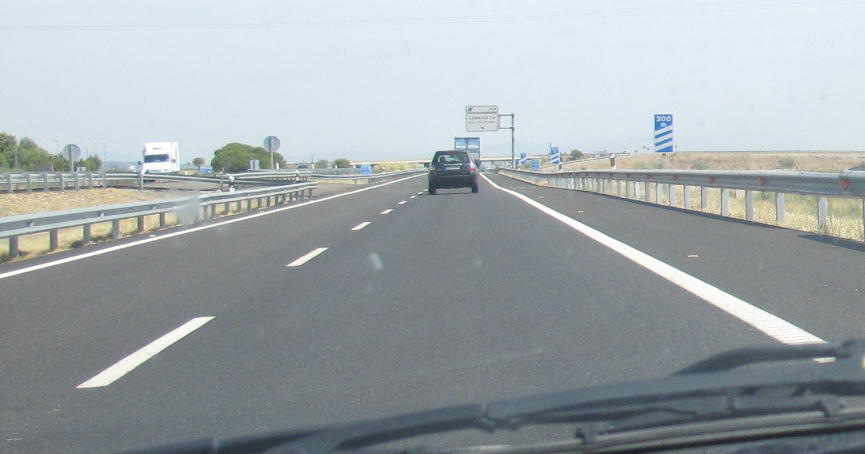 I'd presume they're just for diverting traffic in case of an accident blocking the road ahead, or for road maintenance vehicles, or the police. IMO just, if you must, those are a highway=service with access=no. Strange if they haven't built boom gates there to prevent illegal U-turns. Alv 18:10, 18 September 2010 (BST)

I agree with Alv. Such ways are common in Italy too: they're used by emergency vehicles (ambulances or police), or service vehicles, or, as already stated, in case of accidents. --SimoneSVC 09:45, 20 December 2010 (UTC)

How to specify the side of the bay?

There must be a way to specify the side where the emergency bay is located on the way. 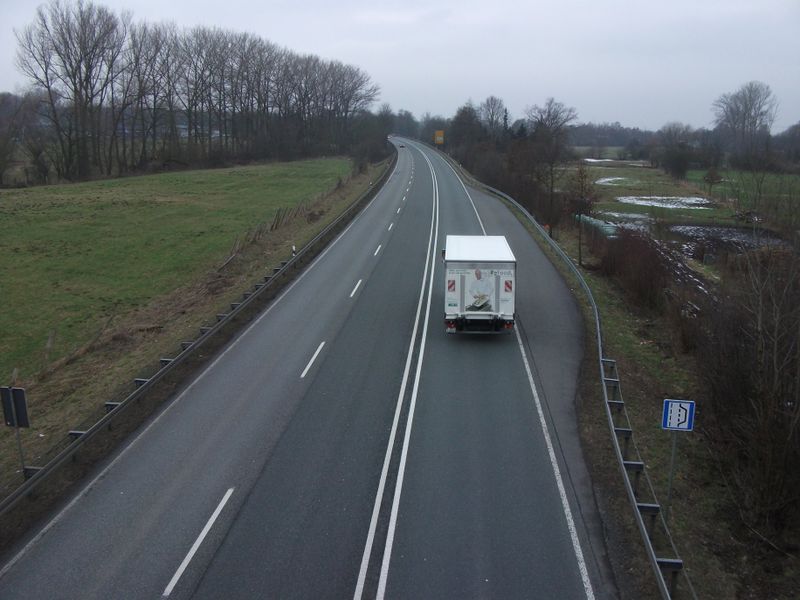 This must be robust against changes of the ways direction while editing. This is complicated by the fact that emergency bays might be modelled as a node, being part of a way. So when reversing the direction of a highway, an editor has to keep in mind each direction-related attribute of the way's nodes, too.

That's true, but only if the emergency bay is modelled as a way. But as of the time being, this is not mandantory (see discussion and reasoning in the above paragraph) and tagging nodes is fine. So there is a need no tell on which side the emergency bay is located. --Bielebog (talk) 00:45, 28 February 2013 (UTC)