The KT13 post code area covers approximately Weybridge and St George's Hill. It is bounded to the north by the River Thames, to the west by the River Wey, to the south by the Byfleet Road and to the east by Seven Hills Road and Oatlands Chase.

As of 25 January 2012, most non-ODBL mapping has been removed from the town so that it can be remapped effectively. The road network has been largely replaced; it is accompanied by bus stops and some other features contributed by mappers who have accepted the ODBL. Mapping of the town is expected to fill out condiderably over the next few months. 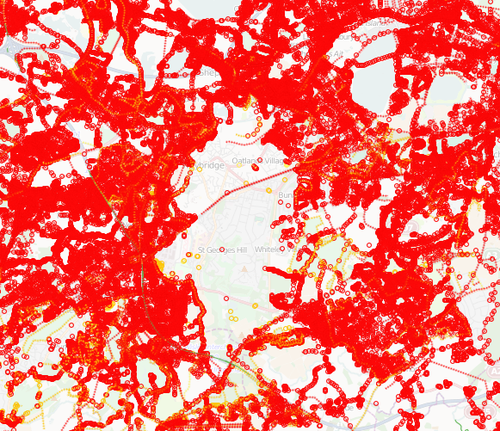 This detail of Weybridge Gardens was one of the Featured images back in Dec 2011: 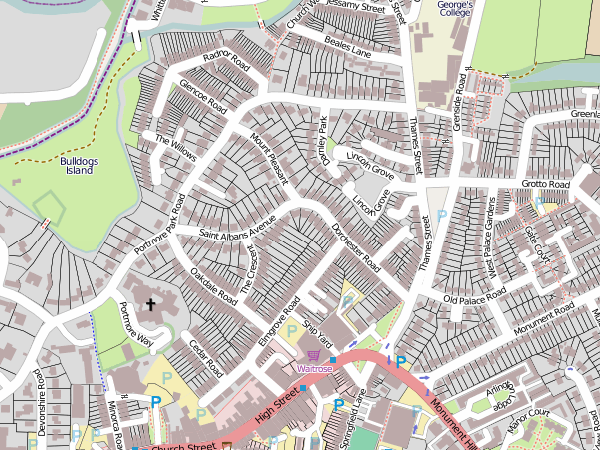 (here on the map) 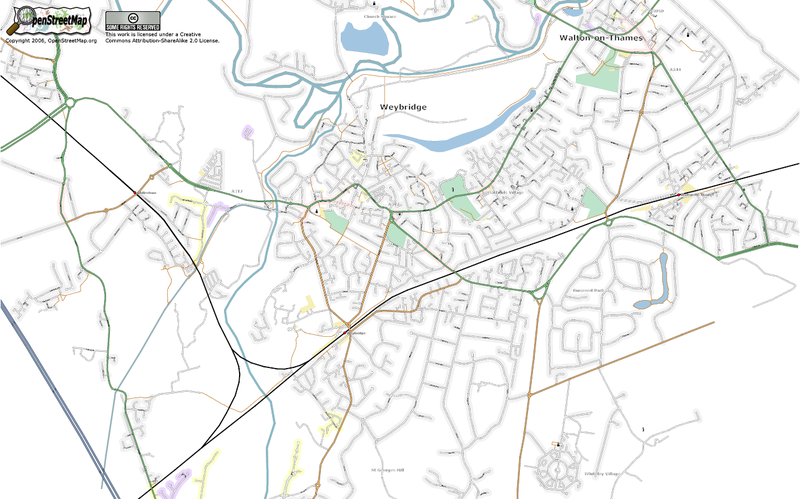 The Weybridge area as at May 4, 2006. New features include some street names, non-rounded street ends, parks and lakes, and symbols for golf courses and filling stations. 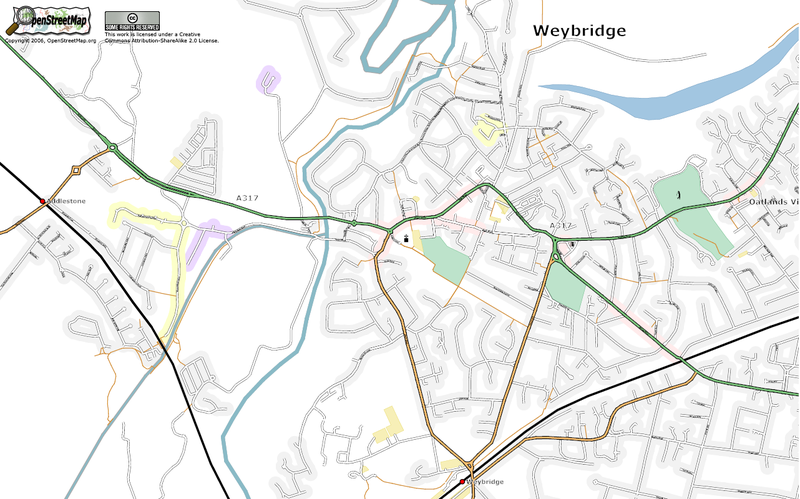 A close up view of the Oatlands Village area of Weybridge. 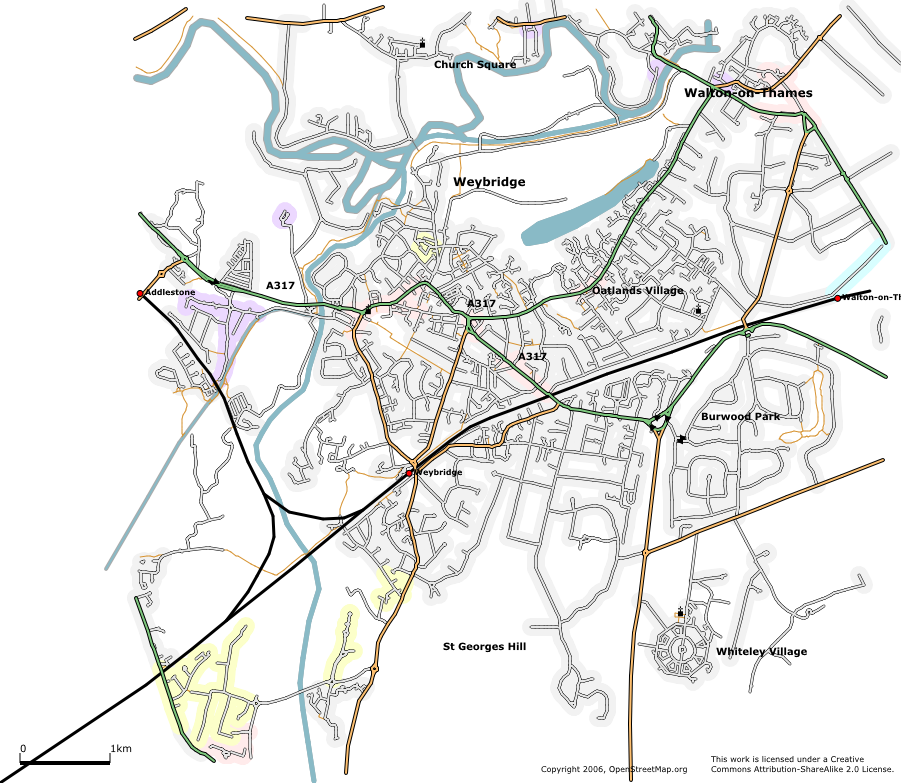 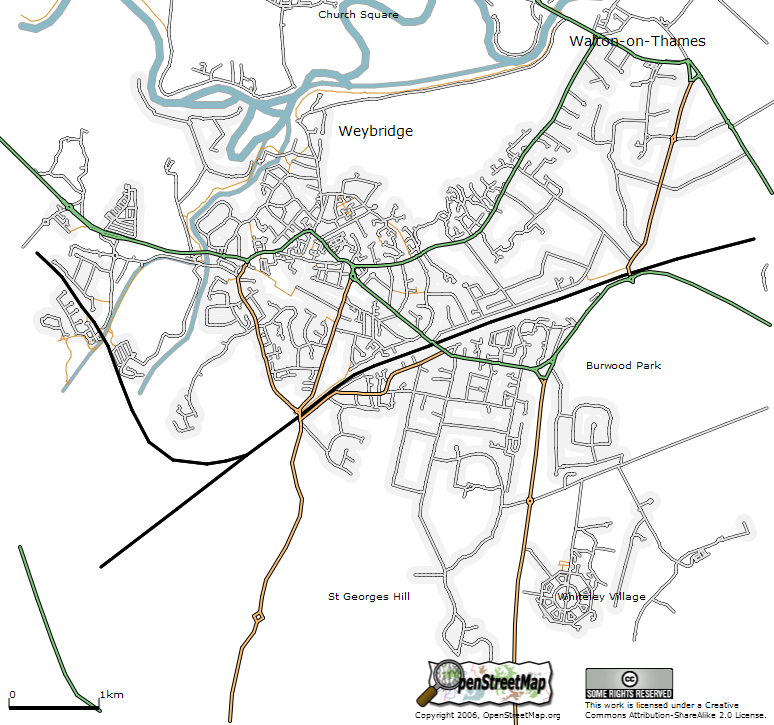 The Weybridge area as at 19 March 2006 (featuring canals, rivers, railways and residential shading) 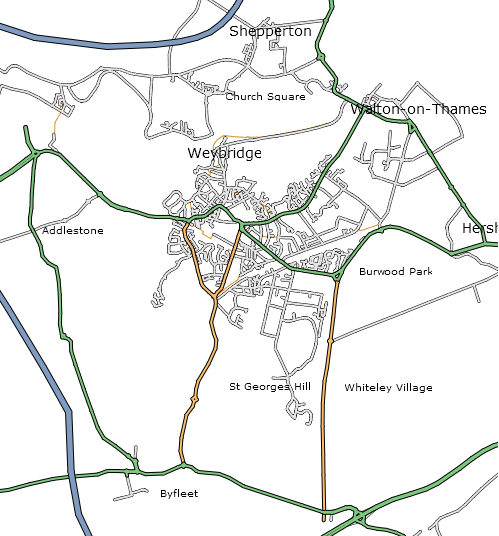 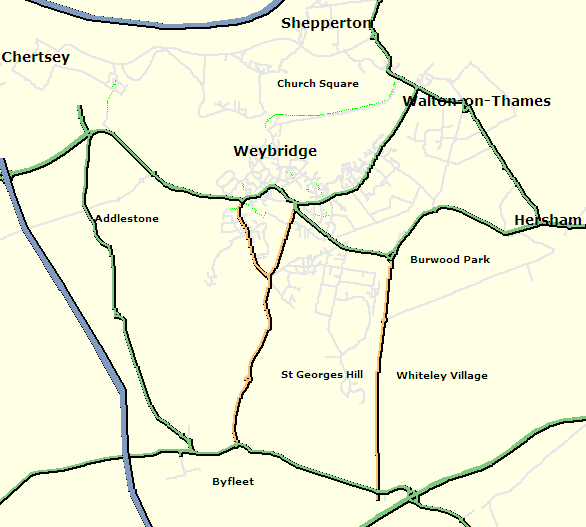 Experiment in colouring roads based on label values (improved version) 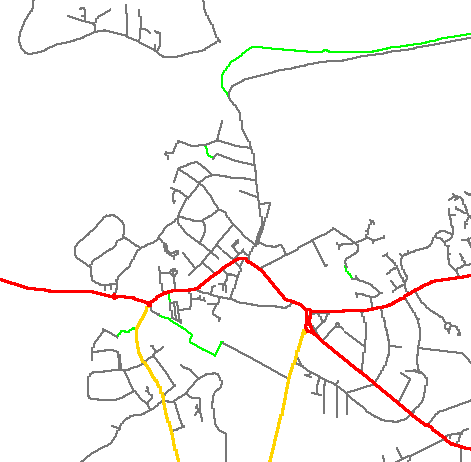 Experiment in colouring roads based on label values 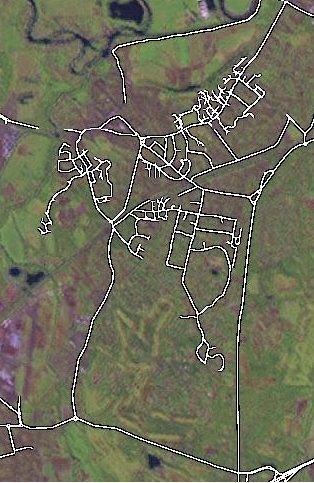