COSMCtrl is an freeware MFC GUI control class which implements display of OpenStreeMap tiles. It is developed by PJ Naughter pjna

This is a freeware, meaning that it can be freely copied and redistributed as is (without any support or warranty offered). But it is not open source: source code of this control (for Microsoft Visual C++) is provided along with the binary form, and modifications of the source code are permitted... but all copyright and author attributions must be preserved, even though you cannot redistribute modified sources, only modified binaries; so there's no public repository or open source project hosted on a community platform. The copyright and usage rules say:

COSMCtrl was first released in November 2009 and the current released version as of March 2017 is 1.24. It has the following features: 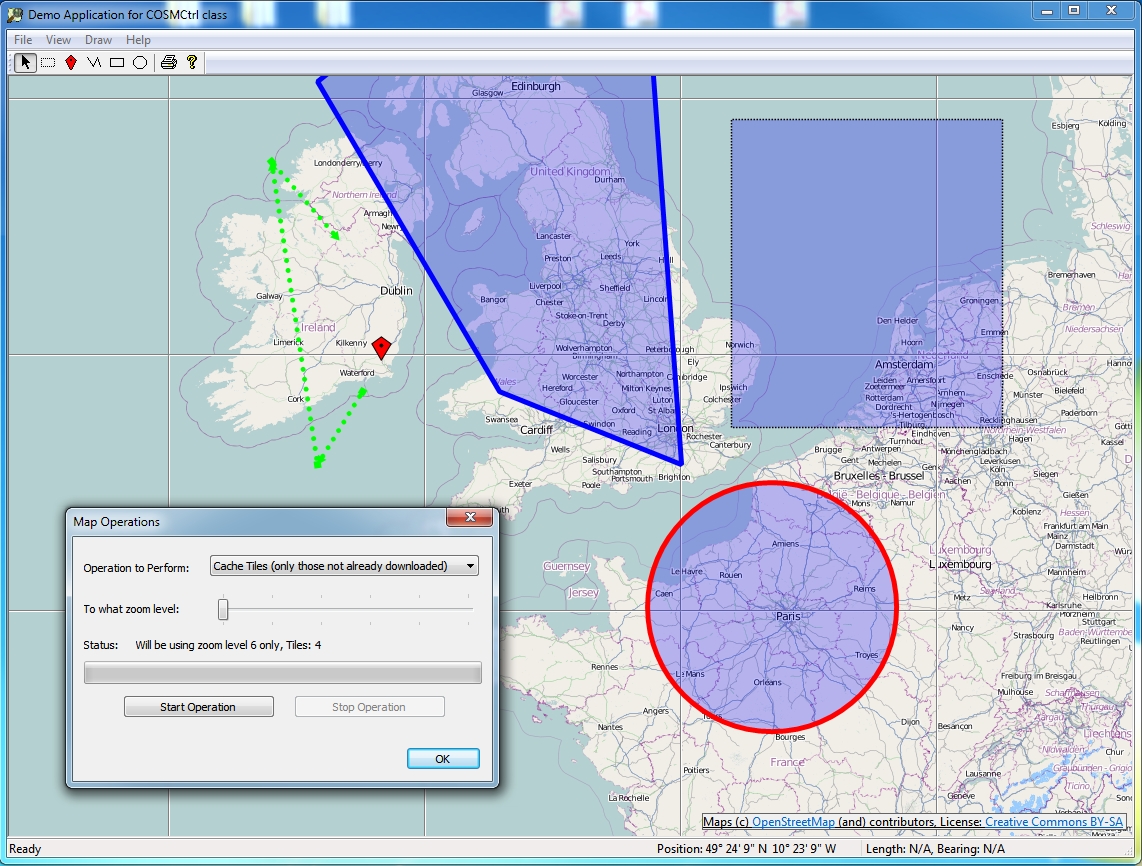