The Clemson Fall 2008 Mapping Party will occur on October 11, 2008, to map all of Clemson University and surrounding area starting at 9:30 AM. After party drinks/mingling will be held at Nick's Bar ~5 or 6 PM.

The base of operations will be Pot Belly Deli.

GPS traces for the Clemson area

Regions II and III and some more of region I 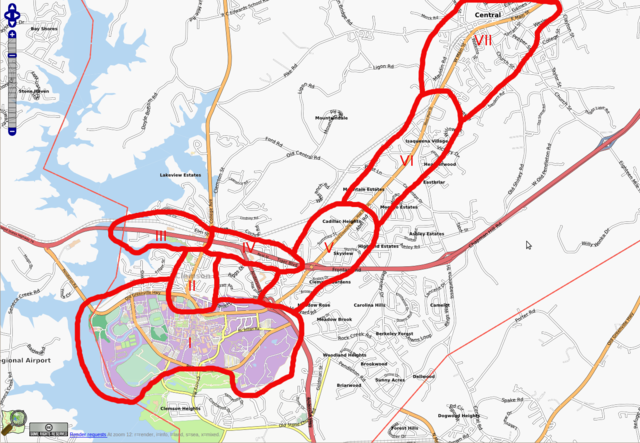 All stores, restaurants and cafes

Things to do if you don't have a GPS

Realign roads to the center lines