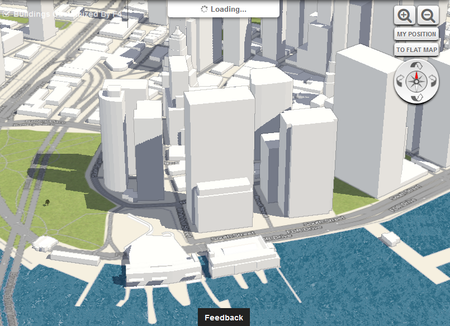 Screenshot of the map of Manhattan

The F4 Map is an OSM-based 3D map using the WebGL technology (requires a compatible web browser). The map's 3D views feature OpenStreetMap buildings as well as trees and other data. Extra 3D models are used (not based on buildings data in OSM) for some specific buildings (e.g. the Eiffel Tower).

It is made by F4 group which is an European and Asian video game development company.[1] They're not telling the public much about more about themselves for the moment.[2]

The F4 map wiki has some other rendering examples.

Downstream: License of the F4 map tiles/rendering for reuse: In terms of the produced work, no license is specified. A request for free access to the assets (source code and extra 3D models) was declined.[3] “[P]roduced work from F4_Map (screenshot and video) are under the CC-BY-NC licence.”[4]