From OpenStreetMap Wiki
< Foundation
Jump to navigation Jump to search

A special GM called for by members will take place on Sunday, 07 December 2014.

To all members of OpenStreetMap Foundation,

This is a formal announcement of a special General Meeting.

The official full text is in the attached 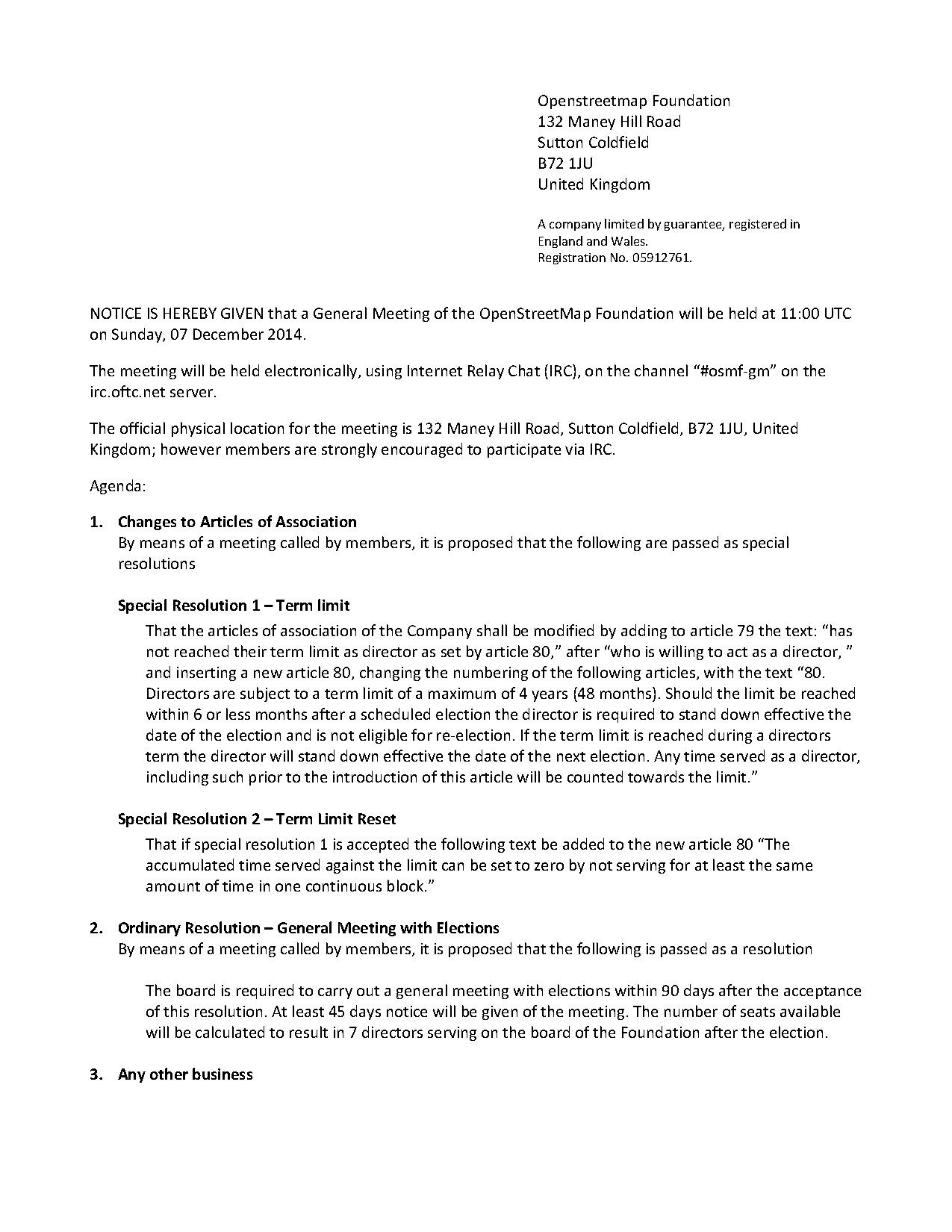 The meeting will be held electronically, using Internet Relay Chat (IRC), on the channel “#osmf-gm” on the irc.oftc.net server.

The official physical location for the meeting is 132 Maney Hill Road, Sutton Coldfield, B72 1JU, United Kingdom; however members are strongly encouraged to participate via IRC.

Voting is open to all regular members of the OpenStreetMap Foundation who joined before 7 November 2014 and whose membership account is not in arrears at the time of the meeting. Proxy voting will be available

Attend the General meeting on IRC