All data is uploaded. As of mid-2014 we are in final cleanup mode. Remaining tasks are captured on Github: https://github.com/osmlab/nycbuildings/issues/

In March 2012, New York City released all government data to the public. Of particular interest to OpenStreetMap are building perimeter outlines and address point data, both datasets are of high quality and labor intensive to collect manually. This proposal suggests a full community supported import of all NYC building and address data, reconciling overlaps with OSM data. This proposal is complementary to changewithin a tool used by the NYC government to detect building and address changes in OSM to drive updates to their public datasets.

The idea of this proposal is not only to improve OpenStreetMap in New York City with vital building and address data, but set a strong example of how governments can engage with OpenStreetMap by opening geo data and thus benefiting by gaining an additional vector for detecting changes in the real world. 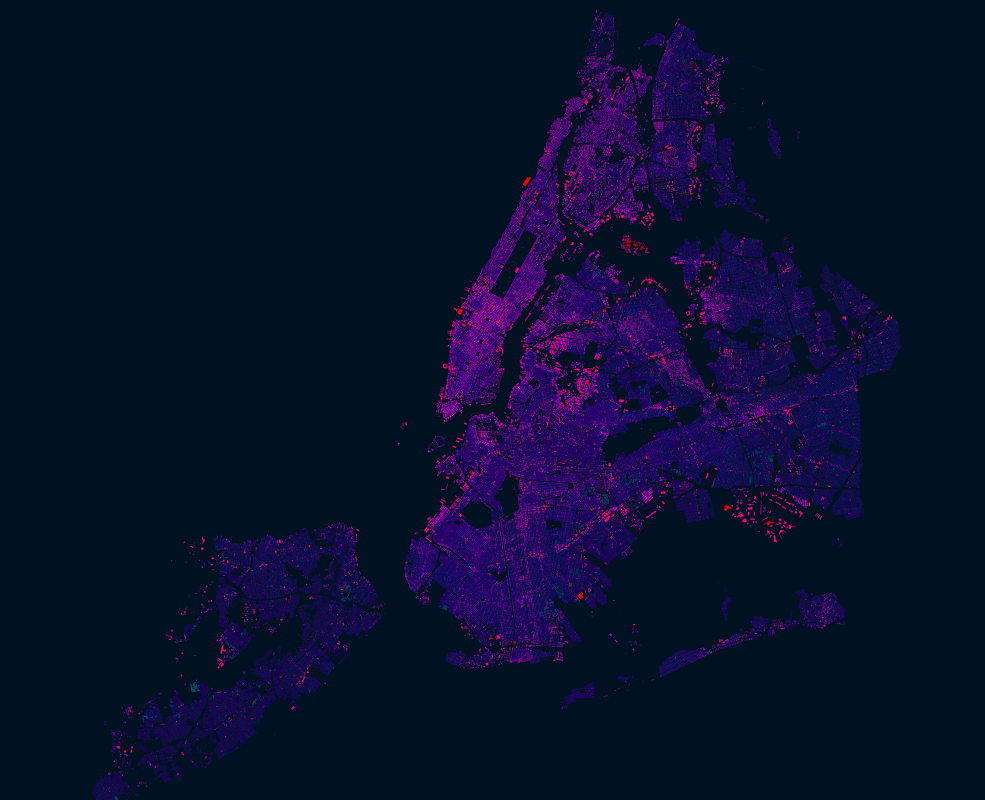 Per Local Law 11 of 2012, all NYC government data is to be provided "without any registration requirement, license requirement or restrictions on their use" (23-502 d), effectively putting it in the public domain.

Both, address point data and building data fall under this law, hence have the label "Public" under access on the web site:

The .osm files generated by the conversion scripts are all to be reviewed manually and then uploaded with JOSM. We will use a tasking manager job to coordinate the effort. Most users won’t need to run the script, but just pick off a task from the tasking manager, which will open the right import file in JOSM.

Uploads need to be done with dedicated upload accounts. Follow this pattern for creating a user account name just for this import:

So for user lxbarth, the name for the import account would be:

We have created scripts that process NYC building and address shapefiles into election district size .osm files. They relate addresses to buildings, concatenate and clean up addresses and export addresses separate from buildings where more than one address relates to a building. The script simplifies building polygons and handles multipolygons.