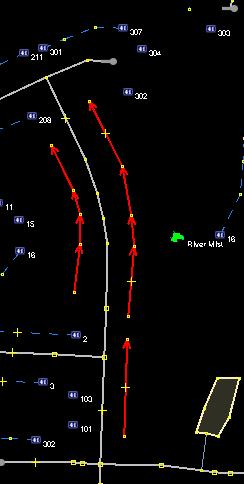 What is the Address Interpolation plugin?

Here are the steps for a typical street:

This type of relation is not approved and not used in most countries as of october 2018.

When moving to the "Numbering Scheme" field for the first time it attempts to auto-select the number scheme based on the numbers entered. If the auto detection was correct, just press ENTER to save the screen choices. It may be necessary to change to "All" if both numbers were even or odd and the actual addressing scheme is 'all'. The auto detect only activates once to prevent changing a previous choice to an incorrect choice.

It is often not possible to gather 100 percent of house numbers during a survey due to missing numbers, etc. But the information from the surrounding houses is useful for navigation purposes. See detailed description.

There's an optional checkbox to convert the address interpolation way to individual house numbers according to the addressing rules defined by the dialog. Note that there is no need to pre-create individual nodes - new nodes will be added as needed.

There may be house numbers already defined along the address interpolation way, for example:

House numbers that do not fit the addressing rules will be retained, but ignored for house number placement - 22b for this example. New housenumber nodes will be equally spaced within the defined range.

Predefined house numbers in the address interpolation way that do fit the addressing rules will be used as anchors.

House number 22 will be used as an anchor for physical placement, and new numbers will be equally spaced from 10-22, and 22-30; spacing may differ based on the location of the anchor house(s).

After new house numbers have been created, the Address Interpolation way and any untagged nodes will be deleted.

Before creating address interpolation ways, be sure that any associated streets do not contain abbreviations. This is particularly important if associating by street name and not by an 'associatedStreet' relation. The current or later upload with the Validator plugin will flag the abbreviated street names. After the street name abbreviation is corrected, and the addresses are not corrected, then the direct search for street name / address will fail.

How can I install the plugin?

Simply go to the Edit/Preferences menu, refresh the plugin list, and select the "Address Interpolation" option. You will have to restart JOSM afterwards.

Relations vs addr:street: This plugin supports both association by street name and 'associatedStreet' relation. Be aware that although the plugin makes working with associatedStreet relations much easier, it is still more difficult for humans to deal with relations than street names, particularly when using editors without the equivalent plugin.

Optional information: The "optional information" fields consisting of City, State, Post Code, etc are not normally required to geo-locate a house when city and region are defined by area boundaries. Because administrative boundaries are frequently redrawn, it is preferred to leave the optional fields blank so that it is not necessary to edit thousands of house number addressing details when administrative boundary lines move.

Also be advised that, when you delete the postcode information in the plugin, it also deletes it from the selected nodes.