Why using the RemoveRedundantPoints plugin?

Be careful when using this plugin:

So please use conservative values for the threshold, not below the typical half-width and natural irregularities of features represented by flattened curves (such as highways, railways, waterways, riverbanks, lakes/ponds, coastlines, beaches, retaining walls, barriers along highways or cliffs): it may be useful, prior to use this tool, to split the way to smaller sections, on which you'll apply this simplification, before eventually joining it again.

The starting curve is an ordered set of points or lines and the distance dimension threshold > 0.

When the recursion is completed a new output curve can be generated consisting of all (and only) those points that have been marked as kept.

The implementation of this algorithm can be seen in the source code of the plugin.

The plugin should be available in your JOSM Plugins preference window under "RemoveRedundantPoints" or you can download it from [1].

or Shift+F on the way 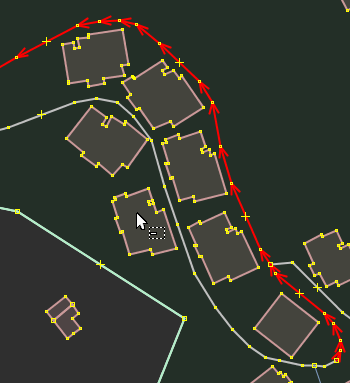 2. At the User Interface that are showing

3. Way with part of nodes removed 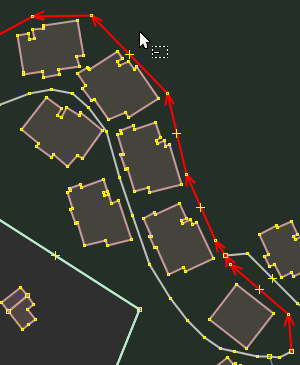 Note that example above is showing incorrect usage of this plugin - deleted points were useful to represent geometry of the way. Please avoid this type of edits.