The Lesotho Mapathon 2014 event took place as part of the MapLesotho initiative. This was a global Mapathon on the 25th July 2014, mapping several areas of Lesotho 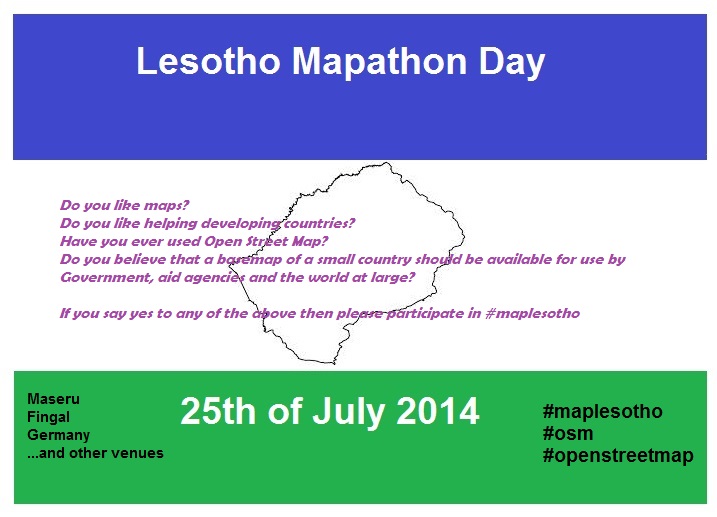 Promotion poster created by Lesotho mappers for the event

These were the tasks arranged for the event, but they're still open for contribution. See Lesotho page for coordination

There are 2 mapping tasks as part of this mapathon, one rural, covering most of the center and east of Lesotho and one urban covering the main towns and cities on the north, south & west of Lesotho. Everything you need to know for each task is detailed on the OSM Tasking Manager. 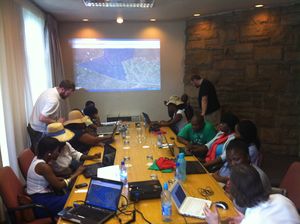 OSM data used to highlight buildings under construction in Mafeteng 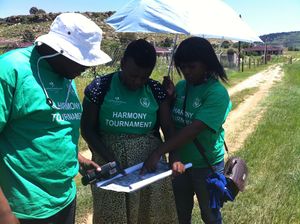 In conjunction with Action Ireland Trust, a number of Irish OSM members from Fingal County Council traveled to Lesotho for a number of weeks in 2013 and then again early in 2014 to assist and train district planners in utilising OSM data. This was done in agreement with the Ministry for Local Government and Chieftainship and the Chief Physical Planner of Lesotho. The trip culminated in an historic memorandum of understanding between Lesotho and Fingal County Council mentioned here: http://www.corr.ie/blog/4567078398/Fingal-County-Council-sign-historic-agreement-with-Lesotho-Government/7628289

Another group are planning to travel in early 2015 with the following objectives as part of their visit:

The goal of the 25th July 2014 #MapLesotho mapathon is to assist with creating a basemap of the country which can be built upon by locals as Lesotho is largely a blank canvas. The aim is to achieve this using the HOT Tasking Manager. Lesotho urgently needs a basemap on OSM for the following reasons:

Roads should be tagged according to the Highway Tag Africa scheme.

Attention should be paid to small circular buildings which are traditional Basotho huts. These are more common in rural areas and should be tagged as building=hut.

Use short link - http://bit.ly/1pM1Qjf to link to this page