MB-Ruler is a Windows application, that was originally designed to measure distances and angles on the screen.

Since MB-Ruler 4.0 measuring distances in OSM data is supported, too.

MB-Ruler has no own renderer but uses the prerendered tiles of the OSM servers.

MB-Ruler 4.0 can be downloaded from the its download site 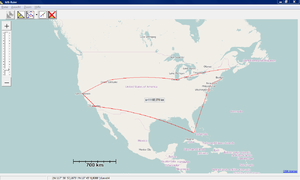 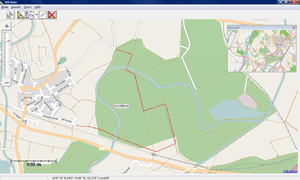 MB-Ruler is freeware for non-commercial use. An enhanced shareware version MB-Ruler Pro is available, too.