Although there is loads of documentation in how to generate your own customised maps, most of it assumes you want everything in the 900913 (Google) projection as used by Google Maps and the like.

These instructions are for those of us who need to create some tiles on a different projection - in the example the British National Grid.

'Please Note' Some steps may not be done in the best way possible but it all works. These instructions also assume you already have a working Mapnik install and have successfully created a map in the standard Google projection, and were written based on my experience with 32bit Ubuntu 8.10 on a machine with less than 500MB of RAM.

In theory it should be a simple matter of enabling support for the UK projection ([EPSG:27700]) in the database, amending the generate_image.py file to use the UK geocodes (instead of Lat and Long), and one change in the OSM.xml file - unfortunately I was unable to get this to work - However you may as well give it a try - you'll need to make all these changes anyway and the bugs may have been machine specific.

As a quick background, the UK national grid is based on Geocodes - that is the number of meters North and East of a point south west of the Scilly Isles. This means all of Great Britain has positive coordinates - much of Éire is to the west of the zero line and as such has negative geocodes, the west coast of Ireland also starts to look rather odd as well as the grid is a best fit to Great Britain (the Ordnance Survey of Northern Ireland use a different grid which is a better fit for the whole of the island).

Firstly we need to ensure that the database supports the British national grid, to do this create a sql file

Which contains the following (on one line)

Now add it to the database

Firstly create a copy of the osm.xml stylesheet file

Assuming everything has worked okay you will have an image looking similar to the following. 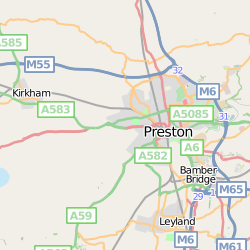 However when I run this I only saw roads for around the first 20 pixels and a torn coastline - this is either a bug in Mapnik or a lack of memory on your PC. However it's not the end of the world, and we can work round this.

Importing data into the PostGIS database

Firstly we need to import the data into the database, but instead of the standard Spherical projection we want to import it in the UK geocode format.

(the -a on the Ireland import means append this data to what's already in the database).

Unfortunately I was getting some buffer overflow errors, I was able to fix this by recompiling the osm2pgsql script with the debug flags turned on.

Do this by changing both occurrences of

If you try and generate the images now you'll find that you have a coastline but no roads. This is a simply because we need to amend the stylesheet file to tell it our database is now in the British national grid projection.

But my coastline is missing sometimes

This appears to be down to a lack of memory as only those areas with a complex coastline are effected - the easiest way is to re-project the shape files you stores in the "world_boundaries" folder.

Now if you try and generate an image everything should work fine - you can now start customising your style sheet to your requirements.

With thanks to User:Matt for all the assistance he has given me in getting everything working, and everyone else on the mail lists who helped point me in the right direction