This is the import page for the "MassGIS DEP Wetlands (1:12,000)" 2013 import. The data set contains rivers, wetlands, lakes, and ponds. However, only the lakes and ponds are going to be imported. The total import will be around 2,800 ponds and lakes. This data was partially imported in 2010. 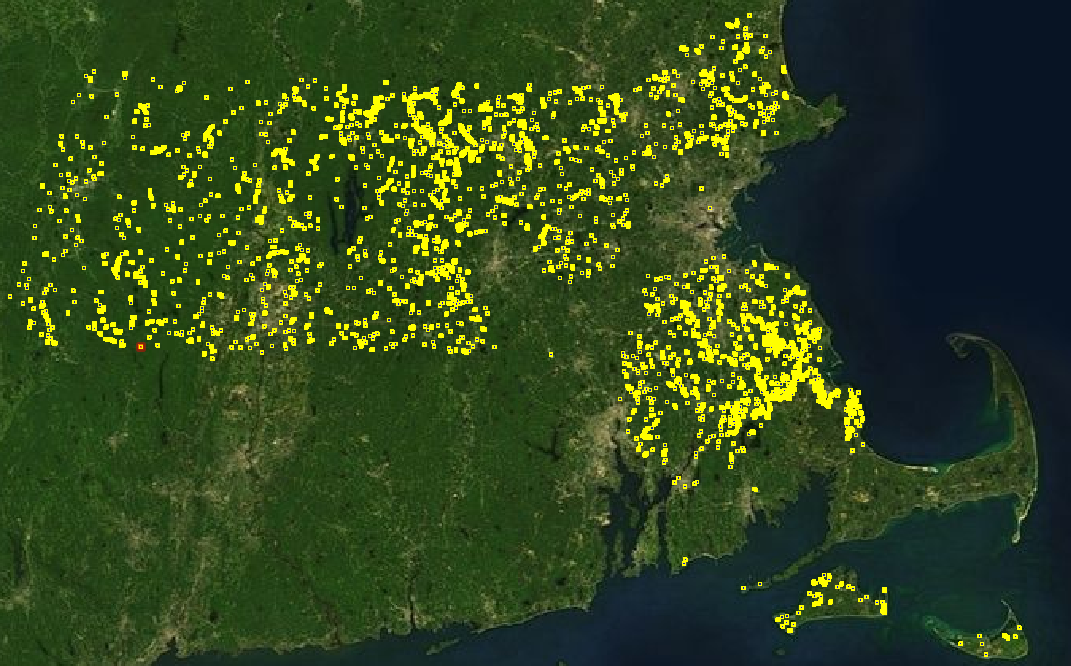 1. Generate OSM file with missing ponds and lakes using scripts. Other features such as wetlands are not being imported.

3. Use upload scripts to convert OSM file to OSC, split into < 10,000 element chunks, and upload.

Import the rest of lakes and ponds in Massachusetts.

The import was started July 2013, and was completed in September 2013.

The data is simplified to 1 meter, in the conflate.py script.

natural=water on all ways.

water=[pond,lake,reservoir] - If the poly_code=1, the body is a reservoir, then the water=reservoir tag is emitted. Otherwise, no water= tag is used. The source code is in conflate.py.

Users jremillard, and Ahlzen will be working on the import. The talk-us email list will be used to ask for QA help, and to keep everybody informed. We will also directly email/message via our private contacts known active OSM mappers in MA in case they are not on the talk-us email list.

Any open water geometry will be excluded from the import if it overlaps with an existing lake or river in OSM. The source code for the conflation is conflate.py. The source data does not differentiate between rivers and lakes. Since this is a lake/pond import, we will trace out the any missing rivers in OSM by hand so the conflation logic will skip them.