This page contains information specific to mapping activities about the Republic of Moldova.

There are 65 towns/cities in Moldova, 3 of them being municipalities, the others being part of a district (See also the dedicated page Cities in Moldova):

Municipalities, not part of any district

Towns, part of a larger district

Moldovan postcodes look like MD-xxyy, where the first two digits (xx) indicate the city/district, and the ladder two (yy) - the post office number.

You can find the list of Moldovan postcodes here.

A dedicated page has been created, please refer it: Moldova/Drumuri 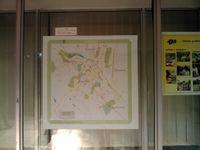 The archive includes a PSD file with the frame and legend, and a PNG of the map itself, rendered using MapServer 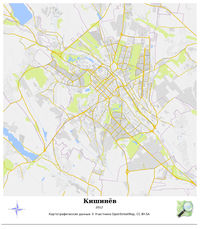 An updated version was printed in 2012 in Russian and using a custom mapnik style.