OsmIntegrator (OpenStreetMap Integrator) is a web application designed to integrate external data with the OpenStreetMap system to increase accessibility for 3rd party applications. The current project is about grabbing data from public transport companies and adding them as a tag to OSM stops.

Data added by the OsmIntegrator will be used by blind persons' GPS navigation applpications like Lazarillo, Seeing Assistant Move or DotWalker.

The website address is www.osmintegrator.eu. You will find us on github. 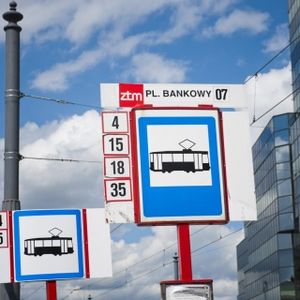 Stop number - it’s a number of a bus or tram stop which is present on the stop board or at least on a public transport website. It’s usually a one-digit number or combination of digit and character placed in local_ref=* e.g. “1” - for the first bus stop or “1t” - for the first tram stop Image 1.

Stop identifier - it’s a unique identifier of a bus or tram stop in a public transport system. It’s usually a few digits number placed in ref=*.

Here is a movie about how to use this kind of application.

Stop sign - it's a sign with a stop name. It's also a place where people should wait for the mode of transport and where the bus or tram will stop and open the doors on that side Image 1.

We use our profeassional skills to make this world a little bit better for blind people. That's it.

There are two major problems with stops in Open Street Map:

For example, when the blind person moves on the pavement in the city, the application reads the following sentences:

One stop usually has multiple positions

The bus or tram stop is usually placed on both sides of the road or rails. Even in this simple situation it's hard to understand by blind person which stop is leading to what location. Especially if he or she doesn't know that place. There are of course more complex cases when stop is spit to many positions Image 2 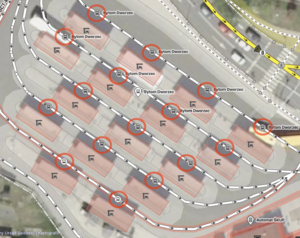 Image 2: Bytom Dworzec station. There are 16 bus stops with the same name.

Why is the stop number so important?

Stop number is a human readable number assigned to the bus stop. Stop number is not only useful for blind person to identify a correct stop but also to understand what type of transport and when to arrive at that stop. The stop number is commonly used in applications like MooveIt, MobileMPK or any other. 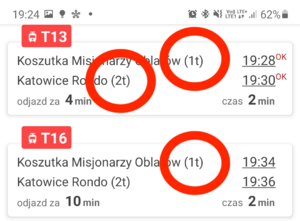 There is also a problem with outdated data. Stops are not updated often so it's causing following problems:

Blind people need information about the name and number of a bus or tram stop to properly identify it. The stops naming convention is different in each city. The stop name is a standard but stops numbering isn't. Here are some examples:

There are only two standards for proper stops naming:

Cases where the stop number or identifier was missing were omitted.

There are following cases:

The ref=* will be added to that stop.

Stop number will be added to local_ref=*.

There are two variants:

1. Stop number will be moved to local_ref=*

or if this is hard to change local standard

2. This convention should be continue

There will also be the possibility to detect that a new stop was added to the public transport system.

We tried to connect OpenStreetMap and public transport stops automatically but results didn't meet our expectations. Some problems were described below:

We also tried to import public transport data into the OSM system but we finally realized that this data was inaccurate in terms of GPS position. The stops positions were tracked by GPS in mobile phones so there were often few meters movements in random direction. We decided to stick with the OSM stops position.

We understood that automatic mapping and importing wasn't a good idea. To make the OSM system useful for blind persons we have to connect data in a proper way. The human factor is essential to avoid many difficult to track problems with mapping objects between two sources. This is why we decided to create a system which will allow us to connect and verify OSM and public transport stops manually before importing them into the OpenStreetMap.

Import plans have been located at the following links:

You can find our system on github:

If you are a provider of navigation application dedicated to blind and you are using Open Street Map as a data source you can add local_ref=* functionality to your application by using tutorail at this link: OsmIntegrator/NaviAppModification.