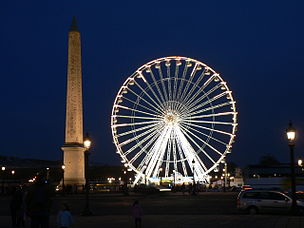 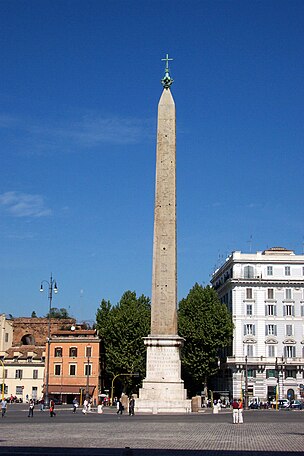 An obelisk is a tall, narrow, four-sided, tapering monument which usually ends in a pyramid-like shape at the top. Don't use this tag for columns. Often an obelisk is made from one single block of stone, but this proposal doesn't force this to be the case (see e.g. [1]). If you want to tag the monolithic nature of an obelisk you could additionally use another key like monolithic=*.

Sometimes the obelisks have later additions like a cross, a crown or like this one: [2] Also the bases are mostly more recent than the obelisks themselves.

No voting, approved by active use