A scheme should be available for categorising paths because what forms a 'path' varies hugely. Existing attempts to do this have not been successful, or use very specialist tags covering only very limited circumstances. The idea that objective facts about paths can be mapped in sufficient detail to make it possible to categorise them is unrealistic in the short term (and perhaps the long-term).

We need to be able to record 'something' (or some things) in our data which will indicate what would have been completely obvious when maps were hand-drawn - a simple hierarchy of path significance. This would mirror the ways that roads are classified (usually by another authority whose judgements we then record).

Consider that on many hand drawn maps some path lines would be drawn more strongly/faintly, with shorter/longer dashes, or with a different colour. At the moment this isn't possible on OSM maps (in many situations), making the data/maps very much less useful than it could be.

The following pathtype categorisation will be practical to use, simple to understand, and simple to remember. It does not replace the usefulness of other more objective information, but allows for a sensible and quick way to record basic information about a path. It would operate in a roughly similar way to the 'tracktype' tag - but providing information much more relevant to paths. 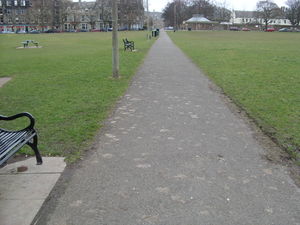 There have been various attempts to agree a simple method to categorise paths (in particular note the original definition for pathtype, to which this is an alternative but also note the more specialist sac_scale and mtb_scale). So far these have been unsuccessful or are successful in only limited circumstances, and in particular are often of little use for covering general urban or semi-urban paths or paths in areas where 'hiking' or mountain bike use is unlikely. There is little acceptance and little use of any scheme which makes it practical to distinguish between paths in very many circumstances. 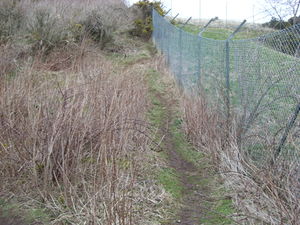 What people call a 'path' varies hugely. In theory it might be best to record path attributes and to categorise paths according to this data, but in practice this is entirely unrealisitc (at least in the short term). To classify a path adequately it is necessary to take into account at least path width, incline, tilt, variation in tilt/incline, degree of camber, edge quality and character, surface material, surface material grade, surface compactness, surface slipperyness, smoothness, and visibility. Partly issues also arise because paths are used by people with such different needs - whether for example on foot, in small motorised vehicles, on one of many very different bicycle designs, in one of many wheelchair designs, or pushing many different forms of wheeled equipment. This means that it becomes almost impossible to agree on simple definitions of some important characteristics (such as 'smoothness'). 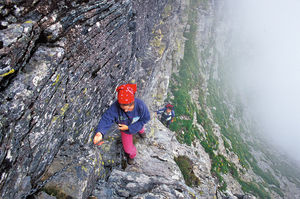 Categories have been chosen so that the information is relevant to a very wide variety of users, but for simplicity the actual system only refers to those using self-propelled wheelchairs and to those walking.

The system is stricly heirarchical. A path must satisfy every lower level before being eligable for a higher pathtype level - so, for instance, no matter how smoothly surfaced a path is it cannot be of type 'a' if it is too steep or narrow for sensible wheelchair use.

In summary the scheme categories are:

In practice surveying with this tag is very simple and intuitive, however initially it may help to use the following simple set of tests in order:

Can the path be seen as actual marks (or more) on the ground?

If no, pathtype = c2 (unobvious, not-visible), if yes it might meet a higher standard...

Is the path obvious (rather than 'unobvious') as actual marks or more on the ground?

If no, pathtype = c1 (unobvious, visible), if yes it might meet a higher standard...

Can the path be walked on easily - in ordinary non-specialist footwear, by a majority of people, without any risk of slipping, tripping, or stumbling.

If no, pathtype = b2 (obvious but difficult for walking), if yes it might meet a higher standard...

Can the path be used locally by a person manually propelling their own wheelchair?

If no, pathtype = b1 (obvious and easy for walking), if yes it might meet a higher standard...

Can the path be used easily used by a person manually propelling their own wheelchair?

Categorising paths in a useful way is surprisingly difficult - as so many factors must be taken into account. The details of this scheme might therefore seem a little bit complex at first, but it has been designed very carefully to make it both easy to remember and easy to work with. It manages to deal effectively with recording, if only approximately, the very many local differences between paths which we recognise but which are harder to measure.

If in future it is necessary to extend the scheme, perhaps to deal with an extended area or country where all paths fit only one or two categories this might be achieved by subdividing the existing categories (a1a, a1b, a1c), which would leave the broad classifications unchanged. Usage like this might possibly also be considered where the intent is simply to indicate that a path is a particularly good/poor example from its category (so b2a would be a b2 path close to b1 standard). Such usage should NOT be considered until the system is established.

Path types a1/a2 refer to the use of a wheelchair. When surveying consider only the immediate local characteristics of the path. Despite the description pathtype is a measure of path quality and not intended as a measure of path accessibility. An 'a' type path may be inaccessible due to its location (for instance sitting between sets of steps). Do not downgrade a good quality path's pathtype level because a person using a wheelchair could not actually get to it. Consider tagging for accessibility or access or recording steps or other barriers separately in this case.

The description for 'a' type paths refer to the use of a self-propelled manual wheelchair. This means that the wheelchair is not powered or pushed by a second person. Consider also that the person using the wheelchair has an average upper body strength and physical capability. In reality this is a vague idea and actual users of wheelchairs of course vary hugely in their capacities and skills, as do the basic designs of wheelchairs themselves - but the classification is intended to be approximate and this concept should be clear enough for the intended purpose.

Paths of type 'a2' could be negotiated by a person using a wheelchair, but only with some effort or concentration, or by using a higher level of skill or a more specialist wheelchair. You might consider that unusual factors might also downgrade a path to a2 from a1, such as the normal presence of water or wet leaves or stones on the path. An 'a2' path would be difficut to propel a wheelchair over for longer distances.

The 'b' path types are intended for paths which are narrower, steeper, rougher, or with less solid or more slippery surfaces. All obvious paths (i.e. not pathtype 'c') which are not good for use by wheelchair (in the way described) will be 'b' type. The distinguishing factor between 'b1' and 'b2' pathtypes is whether someone walking may slip or trip (similar in concept to the division of 'a' type paths according to easy of use in a wheelchair). When considering this it should be assumed that the person walking is not wearing specialist footwear - but only what is in normal use by local people. This reference to local footwear is partly intended to slightly alter the classification of paths internationaly or in more rural or urban areas - so for example where local people normally wear boots (because normal paths are a bit muddy or slippery) more normal paths will meet the 'b1' standard than in a large urban area where lightweight formal footwear is the norm.

The concept of how likely a walker will slip or trip is a vague concept, and the exact division between 'b1' and 'b2' paths will be very approximate, and will likely take a number of local factors into account. The further classification of 'b' type paths should normally be achieved using tags which record other factors more accurately.

The difference between 'b' paths and 'c' paths is defined by how obvious the path is to see on the ground. If the path is not obvious as a path - as a line actually visible on the ground - then it cannot be better than a 'c' type no matter what its other characteristics.

Paths with pathtype 'c1' will be visible on the ground, and those with type 'c2' invisible (even though we know for other reasons that a 'path' exists here).

A 'c1' path might be difficult to see for many reasons. The surface (perhaps rock) may not show wear or might normally be hidden (perhaps by a covering of leaves), or it might be that at a path junction a very widely worn area exists on the ground with no obvious single path.

Pathtype 'c2' paths account for those situations where a route is known to exist and to be used but where no actual path line can be seen. There are many reasons this might be the case. A path across rocks or across sand might be marked with signs or posts, but without any path being actually visible. The path might be a very obvious route which is known to be regularly used along a narrow rocky mountain ridge, with sections on rock which do not wear sufficiently for the path to be actually seen. Pathtype 'c2' paths can even exist in urban areas, where obviously used paths cross wider sections of grass or tarmac (and the path entry and exit points show the path route).

It will not normally be useful or helpful to refer to these definitions but they are included here for completeness.