From OpenStreetMap Wiki
(Redirected from Key:mtb scale)
Jump to navigation Jump to search
Key:mtb:scale - Other languages

Provide a classification scheme for mapping the difficulty of trails suitable for mountain-biking. Since for a mountainbike going downhill has a different difficulty than going uphill those have to be, if not flat, tagged separately.

This is one subset of several Proposals brought in concerning Mountainbike.

Due to the subjective nature of the overall scale, this key has been criticized as lacking verifiability. This can be improved by tagging specific characteristics including surface=*, incline=*, and additional scales such as smoothness=* and tracktype=* - though these two tags also are somewhat subjective.

How to Map it - Usage, Tags and Values

The main key to be used is mtb:scale=0 to 6. This is used for classifying the level of difficulty of using a way that is more or less level (no inclination) or is used for riding down. Additionally one can tag mtb:scale:uphill=0 to 5 to specify the difficulty of cycling uphill. It is best used with incline=* key, to express the direction, steepness or both.

Specific tags can be added to show the characteristics which contribute to the overall difficulty: surface=*, incline=* smoothness=*, and tracktype=*.

mtb:scale=* applies primarily to ways. The difficulty should be based on the general difficulty over a longer stretch of a way, there can be a few places where the difficulty is higher. Those places should be classified on a node of the way.

In order to highlight spots on a way, that feature a difficulty that is clearly more difficult than the way in general (e.g. one full grade more difficulty), one can highlight them by placing a node on the way with the difficulty to pass that point. It is also possible to map permanent obstacles with tags such as barrier=log.

In the case you want to be more specific about the difficulty for going uphill. Please don't forget to also use the Key:incline on such ways so that routing software can make the way oneway. Especially for mtb:scale:uphill=4 and mtb:scale:uphill=5. 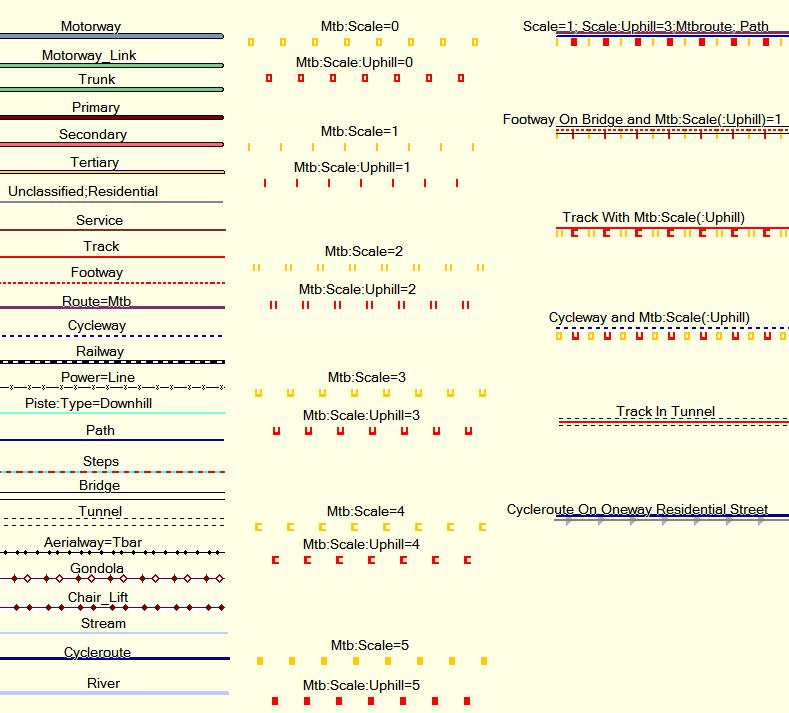 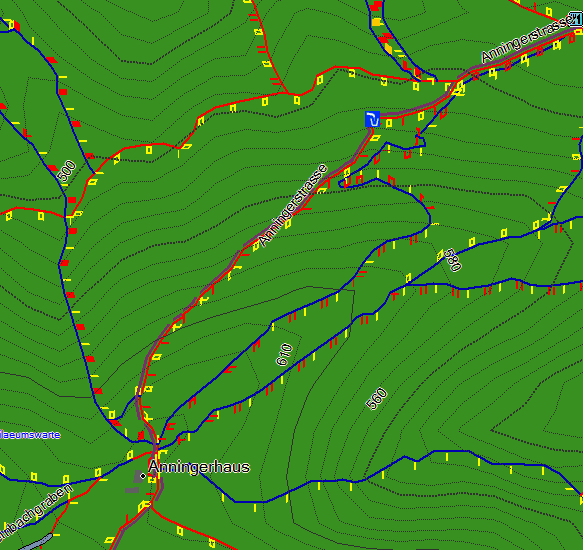