I would suggest to improve the existings tags path=sidepath and cycleway=sidepath. These tags indicate that a path is not isolated, but is running alongside a road.

Suggested improvement: The existing tag should be refined to indicate if the cycleway is running along a primary, secondary OR tertiary road. For example with cycleway=sidepath:primary

A common problem for bicycle routing engines: OSM maps do not distinguish between isolated bicycle paths (through forests, over fields, along rivers) and bicycle paths running along a big road. So at the moment, the routing will very often put you on a bike path like this one (please click link to photo): https://www.svz.de/artikelbildstrecke/10478491/0 (danger of accidents, polluted air, noise).

But most people will prefer a cycleway like this one:

At the moment, these two get the same priority in many routing engines. What is needed is an option to downgrade all cycleways that run along big main roads. While there are some people that do not mind cycling along a main road, routing engines should at least offer the possibility to avoid main roads. The existing tag cycleway=sidepath is not precise enough for this, because it is also used for cycleways along minor roads, like this one: www.openstreetmap.org/way/337158301

This would not mean additional work for mappers, because: a) Instead of choosing the existing cycleway=sidepath, you can just take one of the three more precise tags. The process will probably be only one second longer. b) I will already use the refined tag myself and try to apply it to many cycleways in Europe. I will do it manually (after checking that the cycleway is really next to a main road, with distance of only a few meters). So much of the work will already be done by me.

I know that the bicycle routing engines themselves could also be programmed to internally detect bicycle paths that run along main roads. But for various reasons, I think it makes sense to tag it in the map. The Tag:cycleway=sidepath is already there and is being used by mappers. My suggestion is just a refinement of that tag.

I am part of the team that improves the bicycle routing for the Osmand routing engine. I do a lot of tests to check if Osmand detects the optimal route for cyclists. My tests are real-life cycle tours and of course many virtual tests (doing test runs with the routing engine, mostly within areas that I know very well).

I take great care to check in every case, if there is still a better route (for example with less car traffic than the suggested route). If there is, I try to improve the routing engine. I think in the last months, the team has really improved bicycle routing. In cities, the routing engine already avoids main roads with heavy traffic (but cyclist can also choose a routing style that prefers main roads). Unfortunately, in the countryside there are still some cases where the routing engine will choose a bike path along a main road - even when there is an alternative (a paved road through a forest for example). To prefer the alternative, the routing engine needs a clear tag that marks the cycleways that go along main roads.

If we could introduce those tags, I would use them right away, so that the Osmand routing engine can instantly make use of these tags. I plan to mark many cycle paths that run along primary roads. 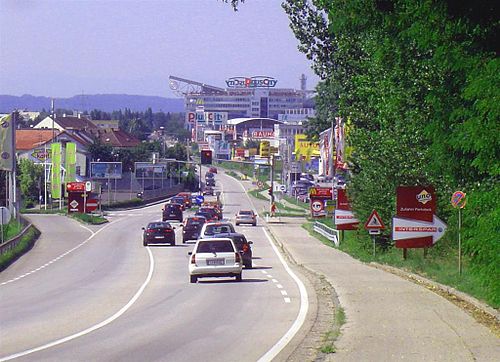 Note: Like the existing cycleway=sidepath, these tags will be applied to a cycleway (or path, footway). Do not confuse with the tag use_sidepath (that one is applied to main roads, but only in cases where cyclists are not allowed to use the main road)

Does not change the rendering.