The default imagery provided by the editors iD and JOSM is not the best out there for Puerto Rico. Bing Satellite has a lot of cloud coverage. Mapbox Satellite has fewer cloud coverage but outside the San Juan and Ponce metro areas it doesn't zoom in far enough. Also, maybe most important, those two imagery sources tend to be misaligned.

Recommended imagery for all of Puerto Rico: 2010 USACE Orthophotos

Commissioned by the United States Army Corps of Engineers (USACE) in 2010, these aerial orthoimages are not restricted. Unlike regular satellite imagery, orthoimagery lack distortions caused by terrain relief and other factors. A classic example of this distortion are straight roads erroneously shown as displaced curvy roads on mountainous areas. Another important feature about this imagery is that it's not misaligned, so go ahead and edit anywhere worry-free.

Served by Open Street Map US. Enter the iD editor, go to Background settings (shortcut: B), choose Custom and paste the following URL:

Served by the Puerto Rico Office of Management and Budget. Shows the same imagery at all zoom levels. Go to Imagery>Imagery Preferences and click the plus sign ("+") to add a new WMS. In this window, paste the following URL in the "Enter Service URL" box:

Served by Open Street Map US. The service is rather slow, and. Go to Imagery>Imagery Preferences and click the plus sign ("+") to add a new TMS. In this window, paste the following URL and set a maximum zoom of 19: 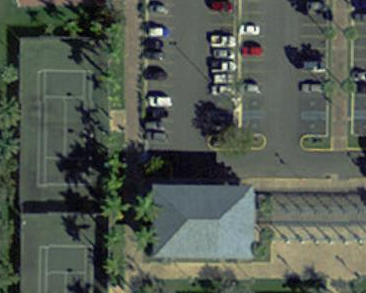 Commissioned by the United States Army Corps of Engineers (USACE) in 2013, these aerial orthoimages are also not restricted and are not misaligned. Better yet, they have way higher resolution!

Follow the same instructions listed above for the 2010 USACE imagery but use the following URL (add TMS in JOSM, set maximum zoom to 20): 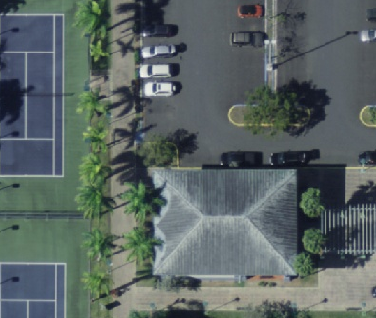 NOAA provides a WMTS service with the following data subsets. The images are the most recent available, but the amount of WMTS data subsets makes choosing the right one difficult. The resolution is great but the imagery is slightly misaligned.

On April 2016 the Mapbox Satellite layer was updated for the San Juan and Ponce metro areas. This layer contains imagery as recent as January 2015 and is visible at the highest zoom levels. Mapbox Satellite is already provided on iD and JOSM, just select it from the available options.

There may be times that you'll want to use Bing or Mapbox imagery because it's more recent than the USACE 2010 imagery. To solve the imagery misalignment issue, use the "New offset" solution in JOSM by doing the following: