State Of The Map 2012/Call for venues/Tokyo 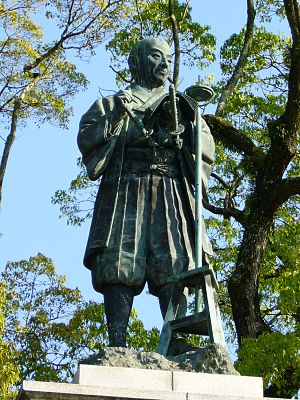 Tadataka INO: The regend of Mapper in Japan. CC BY-SA Katori-city on Wikipedia

We want your request!! Every time. Already, below results have many good opinions to us. Thanks all!!

Note: We are looking into a group discount for travel to Tokyo! Stay tuned for more information!

Narita International Airport (NRT) is an international airport serving the Greater Tokyo Area of Japan. It is located 57.5 km (35.7 mi) east of Tokyo Station and 7 km (4.3 mi) east-southeast of Narita Station[2] in the city of Narita, and the adjacent town of Shibayama. Narita handles the majority of international passenger traffic to and from Japan, and is also a major connecting point for air traffic between Asia and the Americas. It serves as the main international hub of Japan's flag carrier Japan Airlines, All Nippon Airways and Nippon Cargo Airlines. It also serves as an Asian hub for Delta Air Lines and United Airlines.

Komaba-Todai is two stations(less than five minutes) away from Shibuya station. The travel time from Narita is about 2 hours. Our recommend route is by Express Bus to "Shibuya Excel Hotel Tokyu(MarkCity)"[3]. You can catch the KEIO-Inogashira line so easily. You can choose various hotels at nearby big stations including Shibuya or Shinjuku.

Tokyo has lots of hotels, that diversity is rich. Prices range from hostel: under $40/night, upper $100/night. Especially, good price of area is Asakua, Ueno and Downtown area. There are useful subway/train lines to Venue. We recommend the GINZA-line, Chiyoda-Line and Keio-Inogashira-Line. 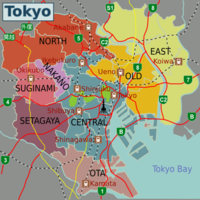 Tokyo has one of the most extensive mass transit systems in the world. It is clean, safe and efficient - and confusing. The confusion arises from the fact that several distinct railway systems operate within Tokyo - the JR East network, the two subway networks, and various private lines - and different route maps show different systems. Avoid rush hours if possible; trains get overcrowded very easily. 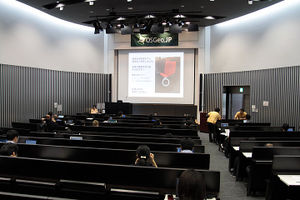 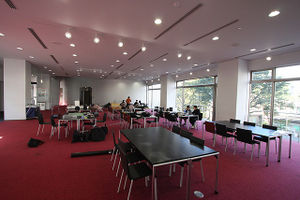 supported by the Center for Spatial Information Science, Univ. of Tokyo 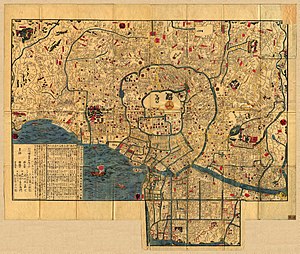 Map of Edo as of 1840s. Public Domain on Wikipedia

Tokyo is the capital of Japan, the center of the Greater Tokyo Area, and the largest metropolitan area of Japan. It is the seat of the Japanese government and the Imperial Palace, and the home of the Japanese Imperial Family. Tokyo is located in the Kantō region on the southeastern side of the main island Honshu .

The Tokyo Metropolitan government administers the twenty-three special wards of Tokyo (each governed as a city), which cover the area that was the city of Tokyo, as well as 39 municipalities in the western part of the prefecture and the two outlying island chains. The population of the special wards is over 8 million people, with the total population of the prefecture exceeding 13 million.

Tokyo was originally known as Edo, meaning "estuary".[5] Its name was changed to Tokyo (Tōkyō: tō (east) + kyō (capital)) when it became the imperial capital in 1868, in line with the East Asian tradition of including the word capital ('京') in the name of the capital city.[5] During the early Meiji period, the city was also called "Tōkei", an alternative pronunciation for the same Chinese characters representing "Tokyo". Some surviving official English documents use the spelling "Tokei".[6] However, this pronunciation is now obsolete.[7]

Edo was first fortified by the Edo clan, in the late twelfth century. In 1457, Ōta_Dōkan built Edo Castle. In 1590, Tokugawa Ieyasu made Edo his base and when he became shogun in 1603, the town became the center of his nationwide military government. During the subsequent Edo period, Edo grew into one of the largest cities in the world with a population topping one million by the 18th century.[8]

From Wikipedia, the free encyclopedia [12]

The former city of Tokyo and the majority of mainland Tokyo lie in the humid subtropical climate zone (Köppen climate classification Cfa), with hot humid summers and generally mild winters with cool spells.

Why SotM in Japan? 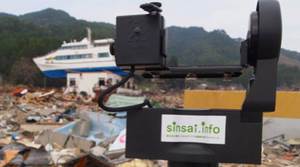 March 11th, 2011, we faced a series of unprecedented crises and it claimed over two thousands of lives, many people are still missing. The OpenStreetMap Japan community was successfully able to offer vital and a large volume of information for Crisis Mapping, which we have contributed and experienced in the past crises. As the result, the number of OSM Japan community, only 10 members as of 2008, has topped 1,200 after the crises. And we deepened strong and confidential relationship ("Kizuna" in Japanese) with many folks in different countries through the Crisis Mapping activities. We consider that we should enhance the ties and share those valuable experiences with folks in the world. As you know, natural disasters could happen all around the world, especially, Asia is one of the disaster-prone regions. We strongly believe that holding the SotM in Asia widen and strengthen the circle of trust since it has been held in Europe and North America in the past. Therefore, we would like to host the SotM 2012 in Japan as an Asian country. More than anything else, we desire to convey thankfulness to the OSM community in the land of Japan! Thank you. 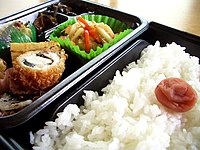 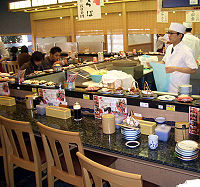 OSM Japan Community was started in March, 2008. We have continued the activities since the time, even the community was small (about 10 members as of 2008). In December, 2010, we established OSMFJ (the OpenStreetMap Foundation Japan) and have vitalized our OSM activities and also gained supports from Yahoo! JAPAN and GSI (Geospatial Information Authority of Japan).

March 11th, 2011, after the Great Eastern Japan Earthquake, we have launched an Ushahidi-based incident POI mapping project "sinsai.info" as a Crisis Mapping activity. The project attracted huge attentions in Japanese IT market and received awards from Japanese government and an e-commerce giant, Rakuten. This series of the activities resulted in increasing the number of the OSM Japan community and topped 1,200 members. Therefore, if we develop its appeal and attractive events, the SotM Tokyo can expect more than 100 Japanese attendees.

In the international OSM community, 273 attendees joined the SotM2011 Denver. While the SotM Tokyo could estimate a smaller number of attendees because of long reach from Europe, North America and other regions. However, the distance from other Asian and Oceanian countries is much closer, in addition, the FOSS4G2012 will be held in Beijing. These factors could increase the number of attendees and can expect over 50 from abroad.

Some of Japanese OSM members work or study in educational institutes. OSM has been introduced in their lectures or practical works, and it has been used for some outreach activities in universities. The number of such cases is increased recently. Therefore, we will invite over 20 institutions to promote OSM in educational and academic communities.

OSM activities have been recognized in Japanese academic communities. OSM related studies have been talked in several academic meetings such as Japan Cartographers Association, Association of Japanese Geographers, GIS Association of Japan, Remote Sensing Society of Japan, Japan Society of Geoinformatics(in Japanese site), and Ecological Society of Japan. We will strengthen coordination to these geospatial related societies and try to get backup supports from about 10 societies.

The geospatial information related law (Basic Act on the Advancement of Utilizing Geospatial Information(NSDI Act of Japan)) has been enforced in Japan since 2007, open geospatial information related discussions have been getting active since then. OSM Japan members have also attended the discussions. In a trend of "Open Government", the importance of OSM has been widely recognized in government and the related agencies. If the SotM will be held in Tokyo, these agencies are expected to attend and support the conference. In additions, an OSMFJ-led crisis mapping project: sinsai.info won an award from Japanese government (http://www.johogekkan.jp/prize_system.php). so, government officials could give a keynote speech at the conference.

Along with the popularization of Japanese cellphones and low cost & handy GPS, Location Based Services in Japan have been start to be popular since early 2000, Particularly, after the release of Google Maps and Earth in 2005, many enterprises and individuals have started to developed various geo-aware applications such as mobile games, check-in services and geo-aware ads. A lot of geo-related communities have been active, for example, GeoMediaSummit, in seminar style meetings for young geo-engineers, there are more than 200 attendees in each meetings. In additions, Android community, Google developer's community (GTUG), FOSS4G / OSGeo.JP, OSM recognition is getting higher. 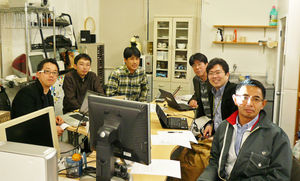 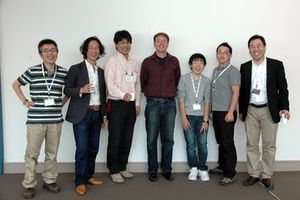 The team of organizers for this event include people who have operated similar-sized events at same venue in the past, as well as organizing mapping parties for years. 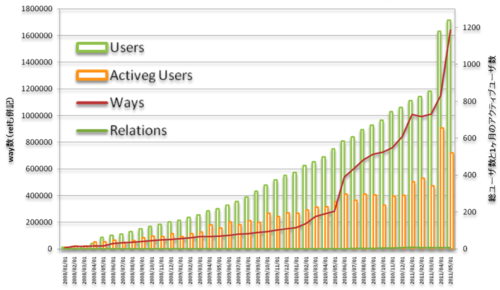 OSM Japan Community was started in March, 2008. Our community was small (about 10 members as of 2008) though, we have continued the activities since the time. Specifically, holding regular mapping parties, trainings, OSM birthday party, and exhibitions at the Open Source Conferences in various parts of Japan. We have slowly lifted OSM recognition in the various communities through the activities as a voluntary organization.

December, 2010, we established OSMFJ (the OpenStreetMap Foundation Japan) as a General Incorporated Foundation, which is able to make official agreements and it was also necessary for pushing forward various OSM related projects. March, 2011, the transformation of the corporate form boosted our OSM activities and gained supports, for example, Yahoo! JAPAN contributed their map data to OSMFJ and GSI (Geospatial Information Authority of Japan) allowed their infra-map data as tracing sources.

March 11th, 2011, after the Great Eastern Japan Earthquake, we have setup Crisis Mapping and worked hard on OSM mapping for affected areas together with many folks from all over the world. Besides, we have launched an Ushahidi-based incident POI mapping project "sinsai.info", which organized and delivered over 12,000 reports (more than Haiti case). The project attracted huge attentions in Japanese IT market and received awards from Japanese government (http://www.johogekkan.jp/prize_system.php) and an e-commerce giant, Rakuten (http://sinsai-info.blogspot.com/2011/11/blog-post.html ). As the result, the number of the OSM Japan community topped 1,200 and the members are still active. 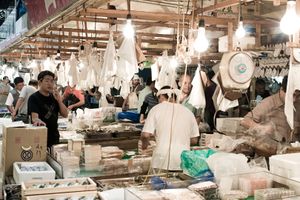