Talk:Proposed features/Tagging for complex junctions or traffic signals that are named

Concerning the idea 2 (all crossing nodes), idea 3 (a specific relation) and idea 5 (a generic relation): This means to make a sort of promise to routing/turn-to-turn navigation engines that we will always tag all crossing nodes with highway=traffic_signals. In addition, this even if on the ground/in the reality the traffic signals are at other positons. (Otherwise this would not be better for routing/turn-to-turn navigation that idea 1 with a simple, unconnected node) IMHO this is a big disadvantage because we force a tagging that may be quite different from the situation on the ground/in the reality. Example: If you have a small circumvention of the traffic signals just for cars that will make a right-turn (see http://wiki.openstreetmap.org/wiki/File:SpaghettiJunction_example1_before.jpeg) than you would have to add nevertheless a traffic signal node even if on the ground/in the reality there is no traffic signal for right-turns – otherwise the routing/turn-to-turn navigation engine would not work. Adopting this will create further problems in the future. So I think idea 1 (A simple node) and idea 4 (An area) are the better solution. While idea 1 (A simple node) is a little bit easier to tag, idea 4 (An area) is still quite easy to tag and much better for routing/turn-to-turn navigation (the software is not forced to guess something, I think it is even more exact than idea 3 and idea 5 with their relations). So I would prefer idea 4 (An area). --sommerluk 10:09, 24 Aug 2014 (UTC) -- mapping in Ivory Coast

The tagging highway=junction together with name=* is also used for this purpose. How to deal with it? Should it be migrated to junction=yes?

Good point! I wasn't even aware of this. As highway=junction is far less used than junction=yes, I would say that we should migrate than. But not mechanical, but looking manually to each of them and than decide. --Sommerluk (talk) 21:49, 28 September 2014 (UTC) 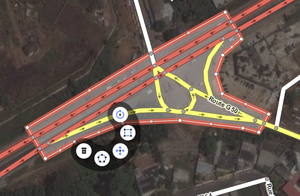 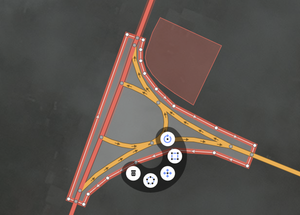 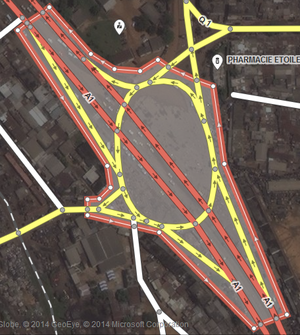 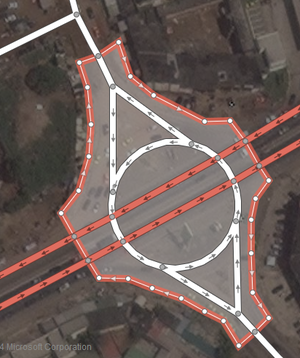 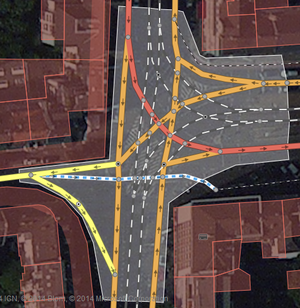