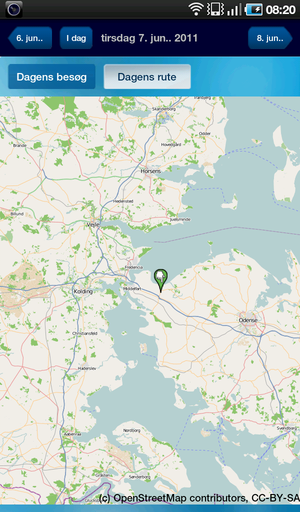 Screenshot of OpenStreetMap in the app'en

OpenStreetMap is used to show the route between the visits for a inspector on that current day. The system currently runs on a Samsung Galaxy Tab, that runs Android.

The Danish Working Environment Authority and the company Rambøll has chosen OpenStreetMap, based on OSM license and the availability existing software (community generated). 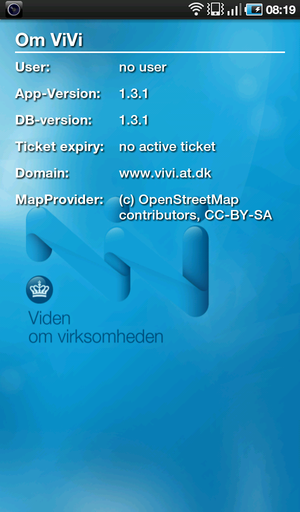 Screenshot of About the software
Retrieved from "https://wiki.openstreetmap.org/w/index.php?title=The_Danish_Working_Environment_Authority_android_app&oldid=643217"
Categories:
Hidden categories: