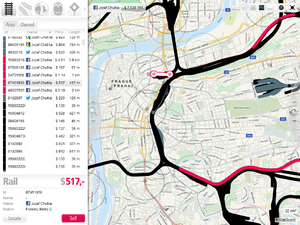 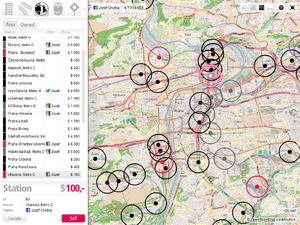 Gameplay / manual screencast video with captions is available on Youtube. The video shows the main objectives you must accomplish in order to rule the game.

How are OpenStreetMap and Train Lord related?

Train Lord gameboard is a world map. By default it uses MapQuest open tiles (OpenStreetMap), and offers alternative basemaps from various providers including several other OSM options. The railway data - rails and stations that you can buy in the game are from OpenStreetMap.

The OpenStreetMap data used in Train Lord is from October 2012.