Borbus has been an OpenStreetMap contributor since late 2010 when he got his first GPS device for his bicycle. He quickly realised that the best maps available for a bicycle are made from OSM data, but they still need a lot of work, so OSM addiction commenced. Now everywhere he goes he is thinking to himself "Has anyone mapped this place yet?"

The majority of my data comes from surveys and Bing aerial imagery. I quite often make use of Ordnance Survey OpenData, but I always set appropriate source tags in this case. Any other data sources I use will be noted on this page: User:Borbus/Other sources. 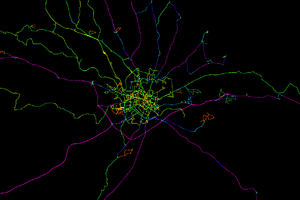 Places I have been in the Norwich area. 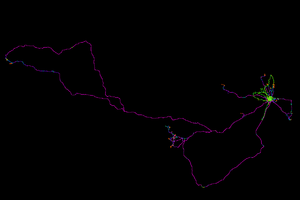 Places I have been in the England and Wales area.
Retrieved from "https://wiki.openstreetmap.org/w/index.php?title=User:Borbus&oldid=1842828"
Categories: