Hi, I've been adding data to OpenStreetMap since the beginning of July 2006.

I'm aiming to map Loughborough, and have so far completed pretty much all of the town, although a few of the new estates need constant updating. I am also slowly mapping the many back routes between Loughborough and Leicester, which is a great way of finding new little country lanes on my motorcycle as I go to work. I have also mapped a reasonable amount of Leicester's main routes.

I thought about something like this project several years ago, so I was really pleased when I found that OpenStreetMap had been created! Personally, I didn't have a clue about where to start... ;-)

I now run (for some definition of "run") the OpenStreetMap talk, dev, and talk-gb mailing lists. Part of my real job[1] is running the mail gateways and Mailman system for the University of Leicester[2], which gives me first-hand experience of what some of our mailing list owners go through!

I have two NaviGPSes[3], and highly recommend them, apart from the minor issue of when they lock up[4]. All trackpoints are written to a SanDisk 512Mb SD card, and transferred to my Linux machine from there. I process them to gpx files, then edit with JOSM. I don't really like Java that much, but at least it is going to be GPL'd soon, which makes things slightly more bearable. Although I don't confess to being a Java programmer, I have written a few patches for JOSM "programming by example", including the Align-in-Circle and Align-in-Line features.

My other GPS is a Garmin GPS12. It is getting a bit old these days---I have had it about four years or so---but still performs fairly well. Its main limitation is the 1024 point track memory, so I made up a cable and connect it to my Palm Vx which, using CetusGPS, should be able to record days worth of logs. It's a bit cumbersome with the cable, though, and of course eats batteries. Getting the tracks from the Garmin involves using gpsbabel; for the Palm I use TrackLog. 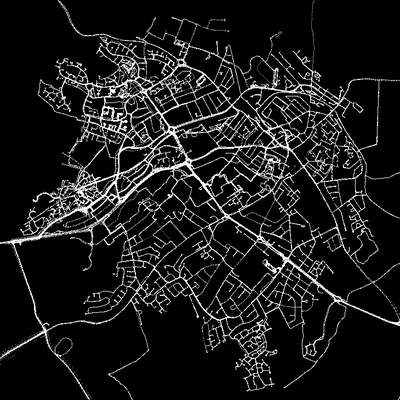