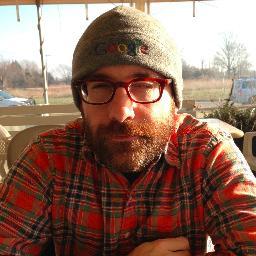 I first discovered OSM in 2008 while building the initial version of Patch, a local news site then focused on just a few communities in the US. We were supposed to build a locally-focused app, but our early editors kept complaining about missing parks and other features in the Google maps we prominently displayed on their sites. To fix this, we built a custom map stack with Mapnik, Tilecache, OpenLayers, a stylesheet designed by Stamen, all on top of OSM data. We added the missing parks. It was an enduring lesson on the power of community-generated maps.

A year later, AOL acquired Patch. Just as we were integrating our startup into the parent company, I read the news about Google Maps finally surpassing MapQuest in monthly visitors. I wondered if there wasn't a way to stem the decline of MapQuest with the power of OpenStreetMap, where we could use the resources of a large company to help out however we could.

So at State of the Map in 2010, I announced that AOL would invest $1mm in open data and tools. We launched versions of the new MapQuest UI on OSM data, and launched several developer APIs which have grown in popularity. But companies undergoing turnarounds are very turbulent, and I left after a year on MapQuest to work on a new startup.

I've been building Mapzen since August 2013. We're an open source mapping lab based in New York City focused on open data and open services. We're building a geocoder, working with vector tiles, and will release a consumer-facing Android app soon.

I believe that companies are better off sharing 100% of their geo data. Keeping geo data proprietary may seem a valid strategy at present, but I believe that within a few years companies relying on this will be fully disrupted.

Why multiple companies spend resources to determine that a pizza shop is in a certain location, and then hide it in their own database to degrade in value makes no long-term sense. It would be better to share this data and compete on interesting things like user experience and product features. At some point soon, this will be where the competition lies, so it's best to focus on it now.

Geo-focused companies should use their resources to encourage and support strong, independent communities such as OpenStreetMap. This is not to say they should try to control them (that's not possible), but they should offer any support necessary and get involved.

The OpenStreetMap community is the best representation of the future that seems so clear, and I hope to help out as best I can.