Hi. My name is Richard van der Weerd. I live in Assen, The Netherlands.

Quite some time ago I started to develop my own navigation tool. I needed maps. The only way to get maps was to buy them from the big guys. The price was high. I could not afford that and I did not want to invest so much. So... I need to develop my own maps.

I started to collect my own GPS data. On my bike I wandered across Assen. My daughter accompanied me at many trips and kept track on which roads not to forget. At first I used a commercial navigation tool, later I developed my own tool, described below.

When Assen became completed I started to collect data in Loon, Beilen, Hijken, Hooghalen, Anloo, Gasteren, Annen, Taarlo, Eext, Vries, Tynaarlo and Schipborg. At that time the region became too big to do it alone. One of the options was to join OSM. Giving my data to OSM would fill in the blank gap where Assen is and I can use the OSM data collected by others. At that time only the main roads around Assen and a couple of roads in Baggelhuizen where filled.

I posted a message on the OpenStreetMap forum that I was planning to upload Assen in to the database. Two days later I met Henk Hoff on a terras and we had a couple of drinks together. Henk was the guy who mapped the main roads. We discussed how and when to complete Assen. Assen should be entirely on the OSM map before the end of June 2007. The last Saturday of June is the next edition of the Dutch TT. It was 2 o'clock in the morning when we headed home.

Two weeks later the conversion program was ready for action. First the region around Anloo and Gasteren was uploaded as a test. A little bit of tuning was necessary. The trail region was removed, so the entire map could be uploaded as one part.

Before the big upload we tested some more, tuned some more until we where ready. On Saturday at 3 o'clock in the morning we where satisfied with the result and started the upload. The upload took till Sunday afternoon to complete.

Our goal to get Assen on OSM before june 30th, 2007 was achieved. It drew the attention of some regional newpapers. The "Dagblad van het Noorden" took a picture and wrote an article of 1/4 page. There was even a broadcast on Radio Assen FM.

Most of the mapping in and around Assen is done on bike, using a GNS bluetooth GPS device and a HP HX4700 iPaq.

The North Star has been awarded to people who have either completed all the roads within a District, Small County, Large town or City; or for people that have solved a big problem for everyone within OSM.

The Mega Star is rewarded to people who have uploaded 1,000,000 track points, which they have collected and used towards the development of OSM maps. This award is rewarded twice for Richard has upload 2.2 million track points.

The Image Star is used for outstanding images that are created within the OSM community, which are picked and displayed as a 'Featured image': Featured Image of Assen

How it is done

Tracking the data is quite easy. Get a GPS tracking device and go....

I don't like the easy way. During tracking I want to get extra data. So I build my own tracking software to get that little bit of extra information: street name, one way street, max speed, is it a cycleway etc....

Most of the tracking is done by bike. In a simple card holder (photo 1) I keep my PDA (HP HX4700 Windows CE based) device. The cover on this card holder keeps out the dust and rain, while I can still operate the touch screen (photo 2).

During winter time an extra LED light keeps me out of the ditches along dark small cycle paths in forests and quiet farm roads. 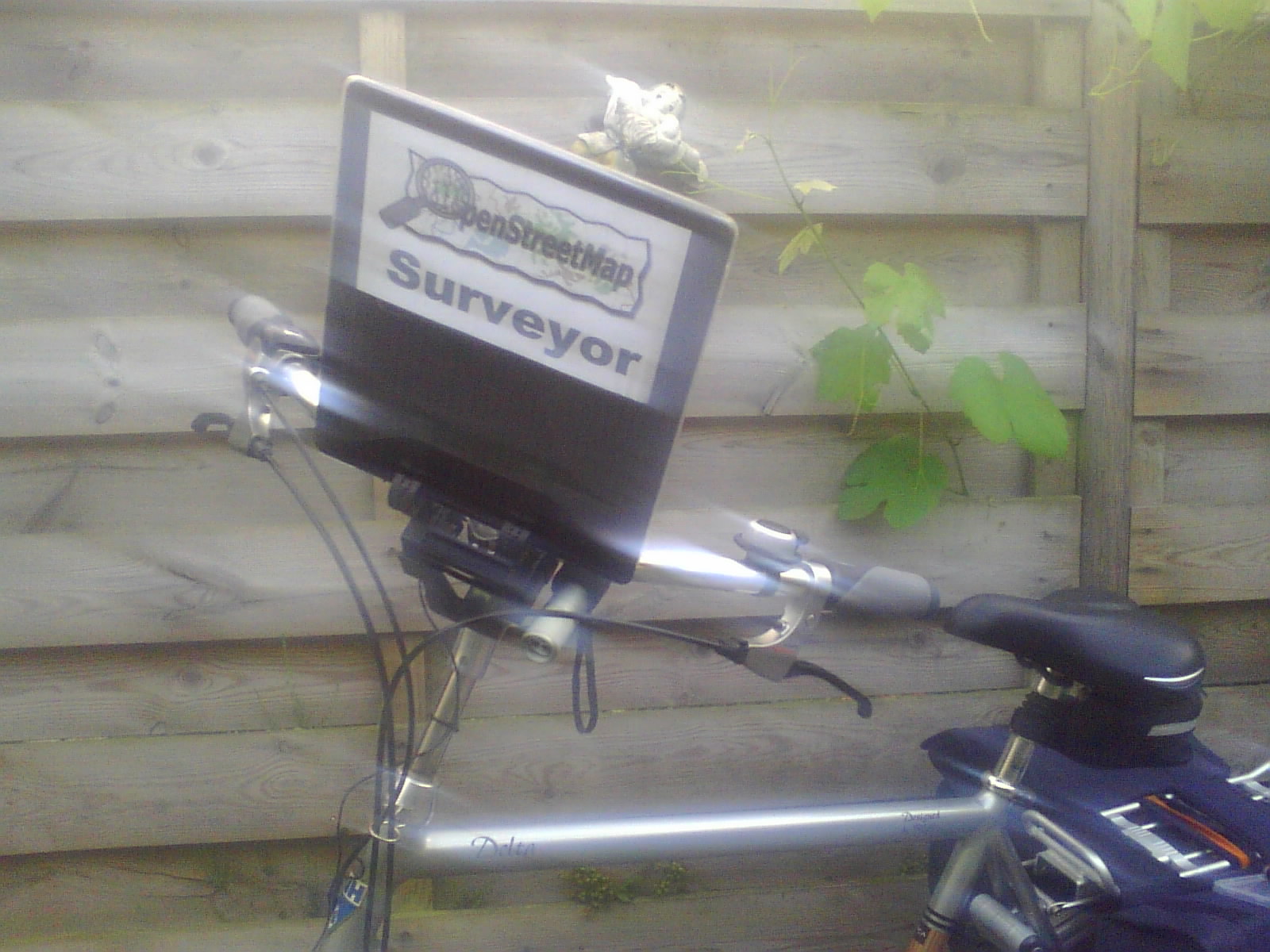 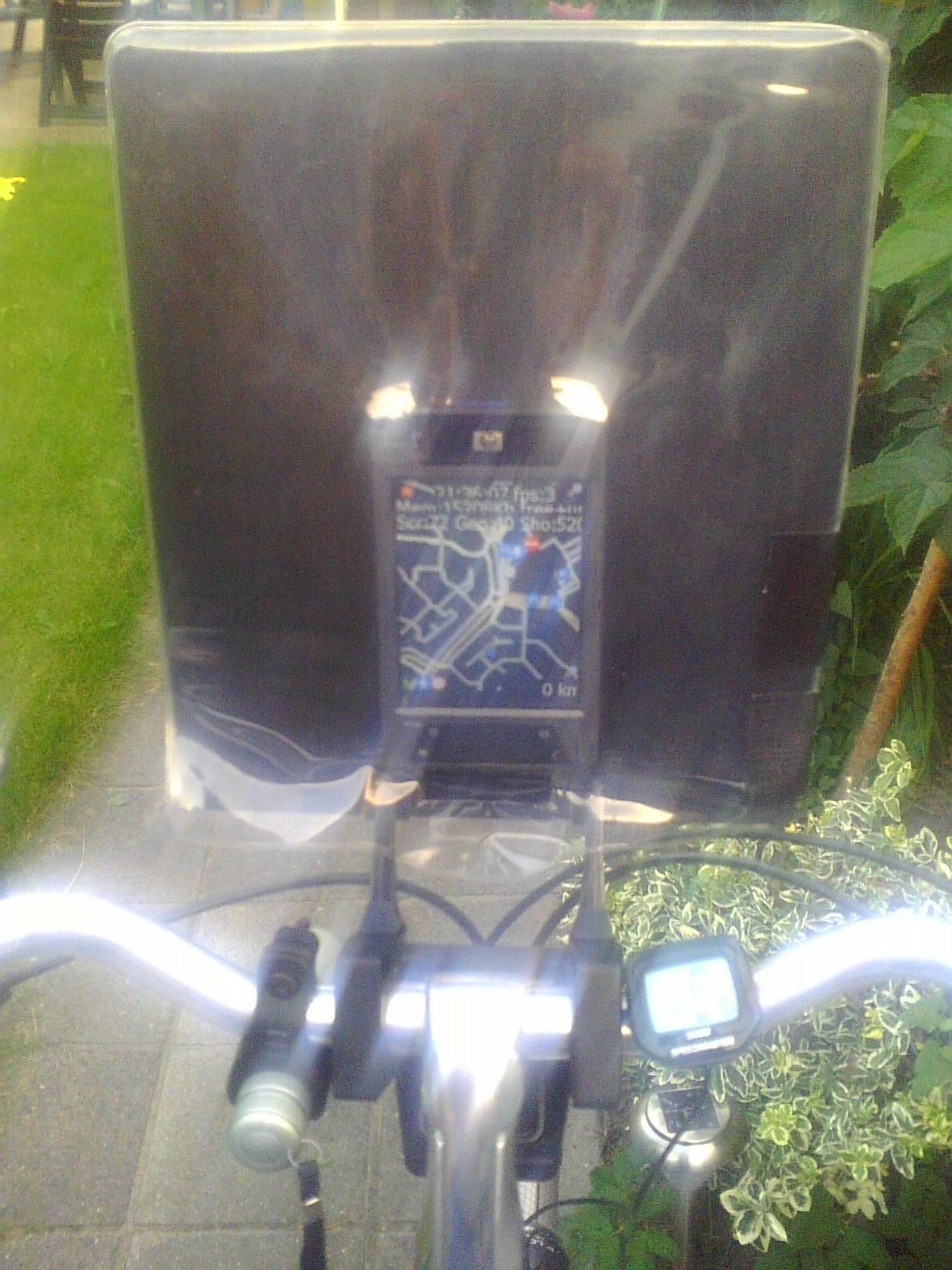 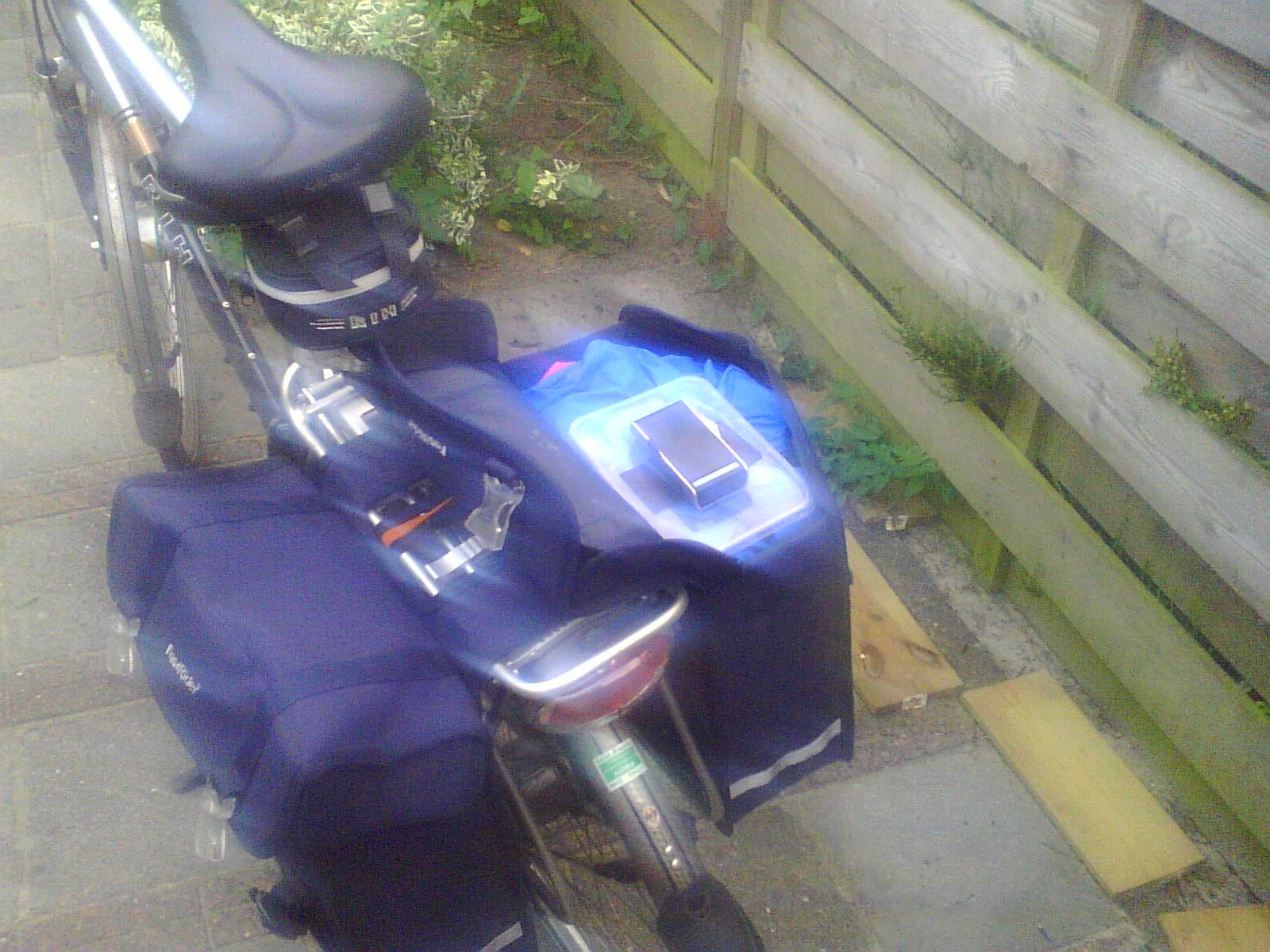 (photo's will be replaced by better ones soon)

Information about the Windows PDA program:

(*1) The map is currently in a private format and is not updated anymore, because I choose too update the OSM map now. Keeping two maps up to date is too much effort.