From OpenStreetMap Wiki
< User:U715371
Jump to navigation Jump to search

No possibility of interpreting a turn for routers

Being routed is not that easy. While you trust into the commands of your router, sometimes something like the following is happening.

Imagine this will be annoying if you are missing the exit on a motorway!

Most routers do not understand turns to be turns, since the angle is not right. Here is a negative example how some mappers are mapping turns. 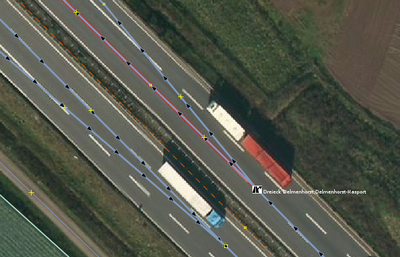 Here is the solution to the problem. 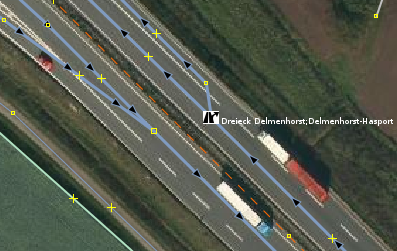 If everything is mapped nice, you will get this.

Those crossroads which contain islands and give at least 3 possibilities of turn are often mapped using separate ways as in the following example. 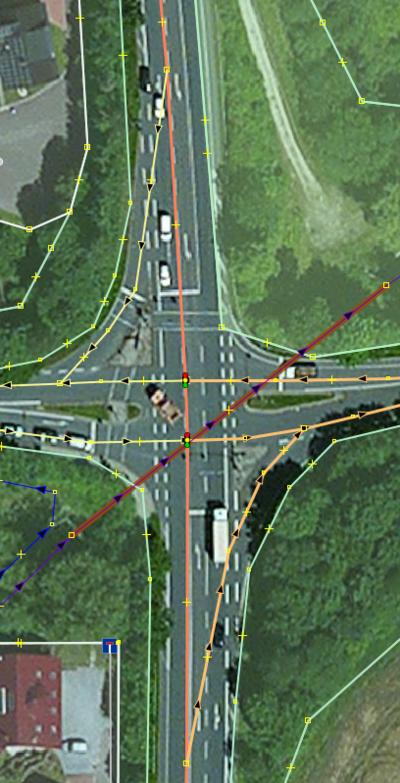 In the above example we are entering the map from north (top). This shown solution is wrong because at first the represented way of the link is way too long (for example it does not represent the possibility to switch back from the turn lane to the main street). And at second it does not clearly state that you do not have to do anything since you want to drive/ride straight. At the above solution almost every routing will result in a fatal command to turn left while the route is actually going straight. In fact the interpreter does not have a chance to interpret the situation correctly, because both ways could belong to the/a straight turn option.

A solution to the problem is illustrated by the following example. 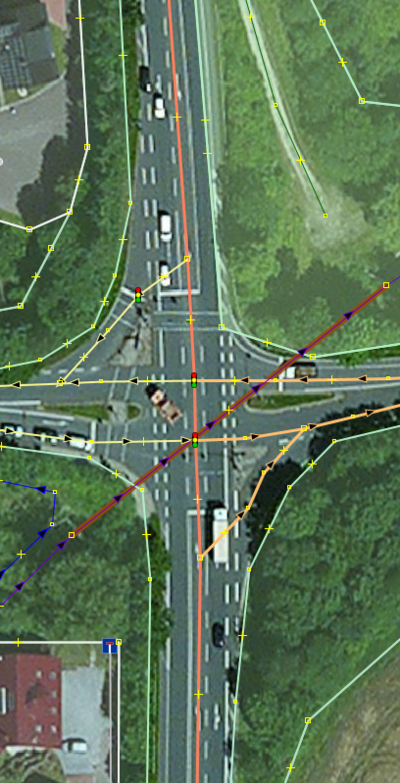 Sometimes crossing a street may result in an command like "turn left and after 3 meters turn right" while visually you are going straight.

To avoid those errors you may connect the ways into a single node as shown on the right part of the picture.

At crossings are often islands which are separating the turning lanes physically. Those lanes may be mapped as single ways. But sometimes mappers tend to invent those islands and are mapping stuff as illustrated in the following picture by the red marked way. 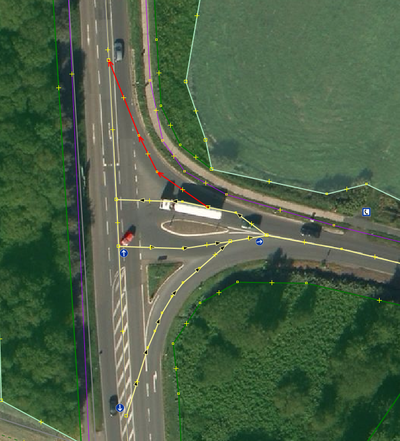 This does not necessarily result in a routing error, but in this case it may lead to some commands for the left-turn lane (entering the picture from east) like "keep to the left and after 20 meteres turn left". So those ways are not really helpful.