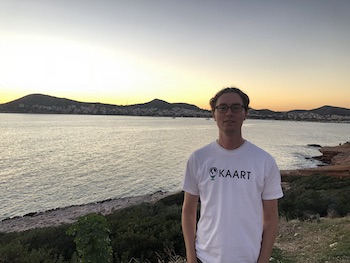 I started with independent mapping in 2004 with Garmin maps. After developing some basic visual maps for Garmin devices to help with geocaching, I branched into topographic and navigable maps. In 2005 I relocated to Cape Town, South Africa for three years to pursue graduate studies at the University of Cape Town. While studying I became aware of the need for locally generated maps, in particular for hiking. GPSTravelMaps was developed in 2006 and spurred greater interest in groundtruthed mapping. In 2009 I returned to the United States and took a GIS position with the Bureau of Land Management in Grand Junction, Colorado. In 2011 I resigned from the BLM and focused on GPSTM for a number of years developing data isolated from OSM.

In 2015 I transitioned to contributing to OSM exclusively. This also kicked off an accelerated period of travel to over 60 countries to collect, contribute and verify OSM data which continues to the current day. These contributions have exclusively been added to OSM through the Kaart organization.

I lead Kaart, a team of more than 150 dedicated OSM editors that strive to make the most awesome data we can. At times the pace of our editing can cause some mistakes, which we correct as quickly as possible. The teams focus is on high quality, verifiable edits that elevates OSM utility for all users. We hope we are being successful in this pursuit.