CARTO (carto.com, formerly "CartoDB") is a company offering map tools for the web. It also maintains an map data rendering/visualisation tool "CartoDB". This, along with the hosted "software as a service" version of it, used to be their primary offering.

CartoDB could be described as "rendering" system, however it is focused on rendering / visualising overlay data, rather than the map itself. OpenStreetMap is very often used as the base map. CartoDB provides a simple way of showing many data points, handling high volumes of data by rendering server-side and presenting data as raster layers (without you really needing to know that's what is happening)

It can show timeline datapoints as animations or time sliders at high volume. This has been used to good effect showing tweets on a timeline e.g worldwide twitter reaction during world cup goals. CartoDB comes with a plug-n-play twitter stream consuming integration.

CARTO offers a choice of base map, including stylised versions of google maps. They also seem to offer simple VMAP0-based (low zoom only) basemaps. And then OpenStreetMap rendered tiles mostly via MapBox. However they have recently started offer their own OpenStreetMap-based rendered tile services: 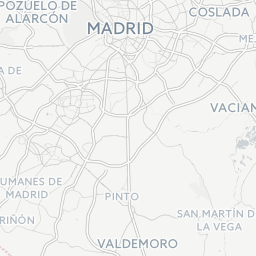 CARTO have begun offering their own rendered stylised OpenStreetMap tiles and are generously making these open for all developers to use for free (not just CARTO users).

They currently offering a choice of two styles, one very light, and one very dark, with very little use of colour. They are heavily stripped down simplified styles designed for overlaying data upon.