The Municipality of Crowsnest Pass is a Special Municipality geographically located in the Crowsnest Pass of the Rocky Mountains in south-west Alberta, Canada. The municipality resulted from a legal amalgamation of five towns (from east to west): Bellevue, Hillcrest, Frank, Blairmore, and Coleman, on January 1, 1979. Blairmore and Coleman are the largest towns; Frank is the smallest. Within its boundaries are also the former communities (abandoned, or much reduced) of Lille, Passburg, Sentinel (Sentry), and Crowsnest.

Mapping of the Crowsnest Pass commenced in January 2008. Aerial photography is poor therefore most mapping is done using GPS receivers and local knowledge.

Only method is by road Highway 3 from East or West, or the (really) un-developed road 940 from the North. There is a rail line, but this is mainly freight with the occasional tourist/charter train.

Like much of Canada, public transport is a little limited. Being 220km south of Calgary you probably don't want to take a taxi..... The Greyhound bus stops in Blairmore on it's way to/from Kelowna and Lethbridge, from Calgary change at Fort MacLeod. There is also a private hire 'CNP Shuttle' which will do a daily drive but you MUST pre-book, Blairmore to Calgary in the morning and Calgary to Blairmore in the afternoon (Contact number +1.4035644911).

During the Ski session you can get a ski-bus from Calgary airport to Fernie and request to be dropped off at the turn for Castle Mountain or in Blairmore, however you will probably have to travel to Fernie BC to catch the return bus.

Once in town there is a (single) Taxi and a 'round town' shuttle bus. 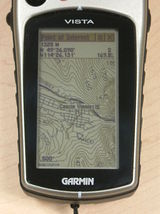 As part of the mapping of the Crowsnest Pass, we are providing a downloadable GPS map in Garmin '.img' format. The map is derived from OSM data and is provided under the CC-SA license. This will enable visitors to the area to have an up-to-date map showing the local attractions, restaurants, accomodations, wildness tracks and other PIOs.

Given the 'outdoor' nature of the visitors to the Pass, we also include contours to aid navigation in the wild. The contours are graduated starting at 100m divisions, then change to 50m and 25m as the user zooms in. This prevents cluttering the screen on smaller devices and helps speeds up screen renders.

The map is available with or without contours and can be download here:

We are planning a mapping party for Saturday 23rd August (and possibly somewhere else on the Sunday).

We shall meet at the Stone's Throw Cafe (map), Blairmore from 9.30am. There will be an introduction to OpenStreetMap followed by a small tutorial on collecting data using GPS'es/digital cameras, uploading it to the internet and creating a map.

There will be a couple of experienced mappers on hand to help out, we're hoping that a few locals will join us to find out more about the project and help us complete the mapping of Blairmore (and surrounding areas time permitting).

After lunch we'll collate the data which we have collected and add this the the OSM map. If people already have GPS tracks of their favorite hikes or trails and would like to contribute them the project, they can bring them on their GPS'es (with cables please) or on CD/disk and we'll show them how to upload/process them.

Bring a GPS/Digital Camera (if you have them), or simply just a pen and paper.

The Crowsnest Pass has a growing tourist industry, being surround on all sides by pristeen wildnerness. Local groups are already making trail maps, we're working on permission to import this data into OSM.

Summer 2008; Local council is also funding a trail map, hopefully OSM can help with the production of this.