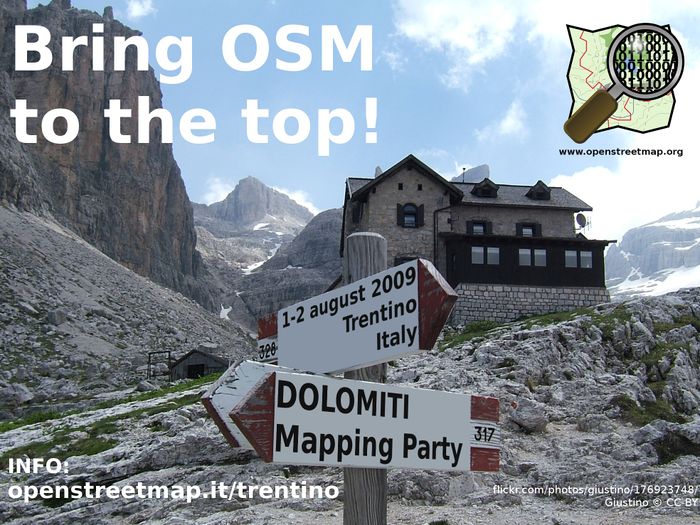 The first mapping party in Italian mountain, spend two days on the Chain of the Brenta's Dolomites, one of the most beautiful areas of the Alps, organized by the community of the OMS, especially from the Trentino's mappers, and GFOSS.it

All the paths are quite easy and alpine experience required is low. Only basic equipment is needed (hiking boots).

If you are interested in attending to the mapping party, you can sign down here (this is an informal list, just to see who may be coming).