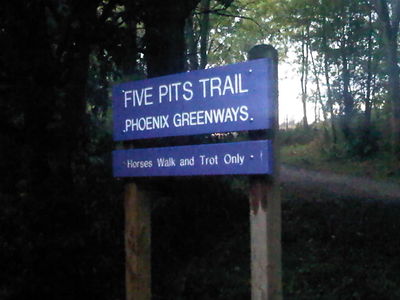 The Five Pits Trail runs for just over five miles between Grassmoor Country Park south of Chesterfield and Tibshelf Ponds, where it joins the Silverhill Trail. The trail runs mostly on abandoned railway lines (the Great Central Railway and also earlier colliery railways).

It is designed for use by walkers, cyclists and horse riders. Most of the trail is relatively flat, although there are relatively steep sections north of Tibshelf, north and south of Locko Lane, and north of Timber Lane. The path is waymarked - green writing on a yellow arrow on a green background. A hard surface has been laid down along the entire length and a number of information boards exist at intervals.

The entire main path (including the alternate horse/cycle/wheelchair routes north of Williamthorpe and connecting public footpaths) has been mapped, with a few caveats:

1) North of the A6175 it could benefit from some more GPS traces to get a more accurate track.

2) Some attempt has been made to map the relationship between the trail and the previous railway infrastructure. Some discrepancies exist here primarily because trails have been mapped via GPS whereas the railways were traced from NPE (by which time some of the railways involved were already historical features). Note that two railway lines ran parallel for much of the route - both the earlier colliery lines and the later Great Central.

3) The numerous benches along the route have been mapped, and many of the information boards.

Various walking trails are signed from the Five Pits Trail: 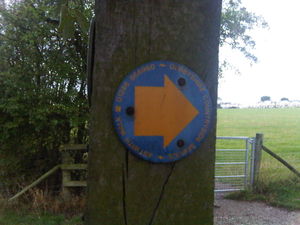 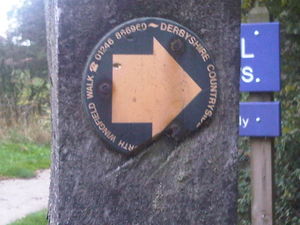 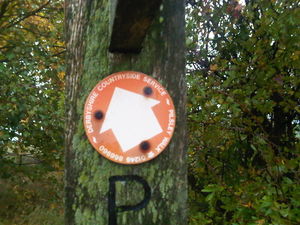 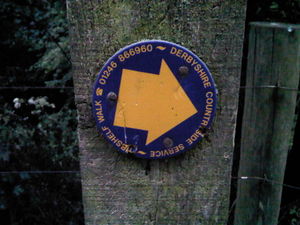