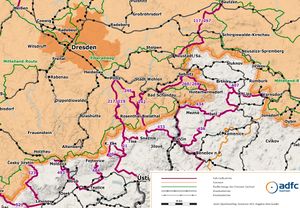 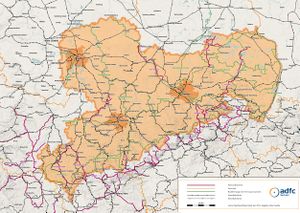 Map for printing on A3 paper 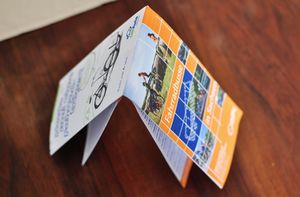 Fahrradbusse in Sachsen is a map of Saxony showing bus routes with extended carriage of bicycles. It is the main part of a flyer published June 2015 by the non-profit-making German bicycle organization ADFC Sachsen. The map is mainly based on OSM-data and was created using Maperitive. It features hill shading and a custom style.

Two ways to get data for rendering

We are grateful for the data and the tools provided by the OpenStreetMap community. We do what we can to spread the word about OSM. Feel free to ask any questions about the creation of the flyer - preferable via the Talk page. I would supply more source code if needed. The flyer is available for free from the ADFC office in Dresden.