This page is about the GSoC project IndoorHelper Plugin: BIM import. Here you can find all information about the current state as well as the project plan and the source code link. Please notice that the page will be updated during the project time.

BIM (Building Information Modeling) data is a well known concept of handling even complex building data. Within this project an already existing JOSM plugin named IndoorHelper will be extended by a function to import BIM data. The imported data will fit into the SIT- schema what means the focus will be on indoor data.

The image above shows an idea of importing BIM data. Data will be rendered on a separat layer and levels can be accessed by AutoFilters Action.

This is an overview of the basic work steps which needs to be done to reach a working BIM import feature. 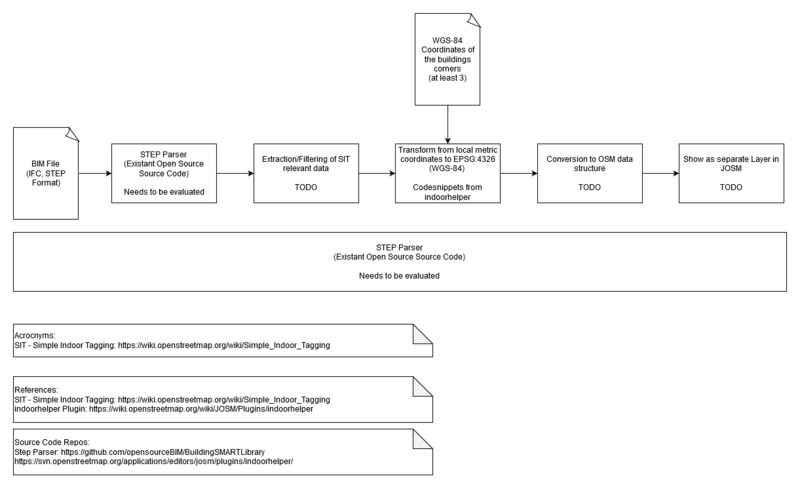 These are the tasks which will be done until the evaluation dates.

A new menu entry will give you access to the import function.

The following diagram will give an idea of what is planned to implement the feature. This diagram might be modified while coding. 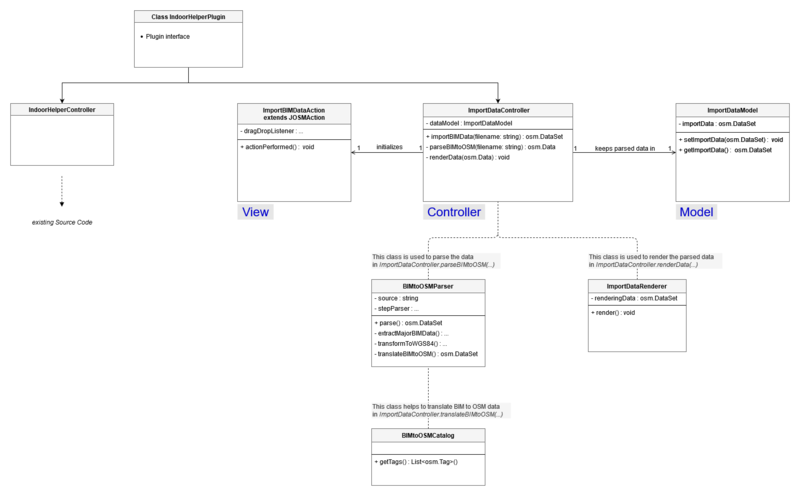 Within this project an already existing JOSM plugin named IndoorHelper got extended by a function to import and translate BIM (Building Information Modeling) data. The imported data fits into the SIT schema.

What needs to be done


Open tasks and project can be found on GitHub Issue Board

and GitHub Project Board