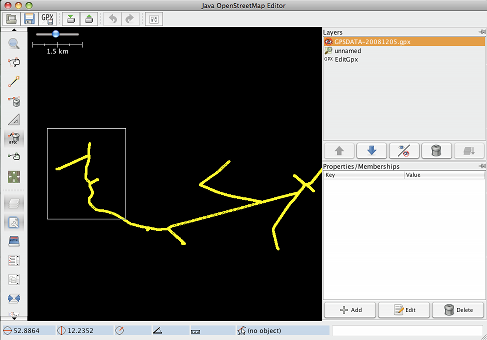 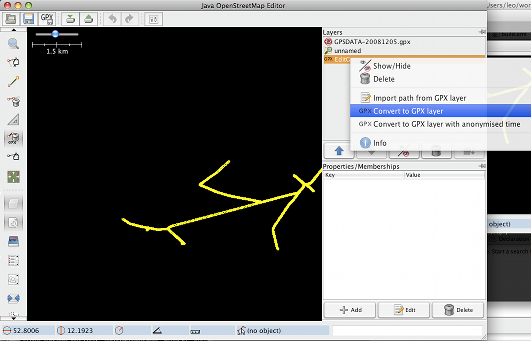 The plugin EditGpx is intended to help preparing recorded GPX tracks before uploading them to OSM. The main features are

What's the problem or why do we need this plugin.

I wrote the plugin because of two reasons:

Ok. Think of the following situation. There is a GPX track and you want to delete some points. Doing this with JOSM you can open the track, convert the new GPX layer to a data layer and then mark point or regions and delete them. At the end you can convert the data layer back to GPX. For small tracks this is no problem. But while editing tracks with thousands of points JOSM is getting extremely slow. Try it yourself.

With the EditGpx plugin you can delete single points or parts of huge tracks very easy and fast.

The general function of the plugin is described above. In detail it means:

A typical scenario using this plugin would have the following steps