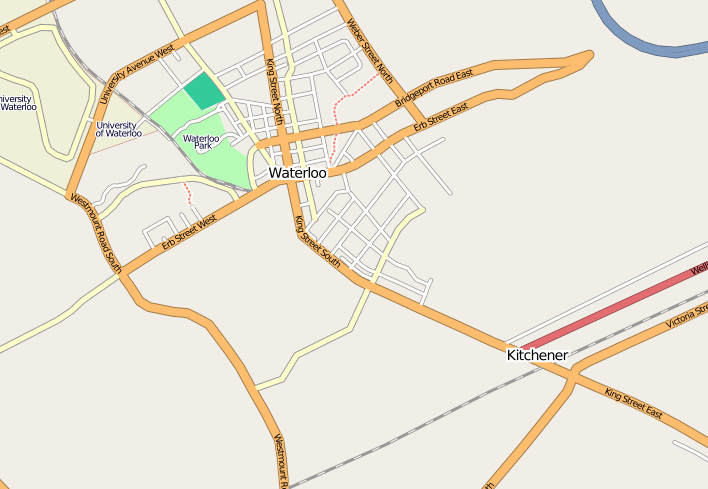 In and around Kitchener-Waterloo in Waterloo Region in Ontario.

We'll improve the map of K-W by adding more streets and points of interest.

Please enter yourself here if you intend to participate and state if you have a GPS tracker.