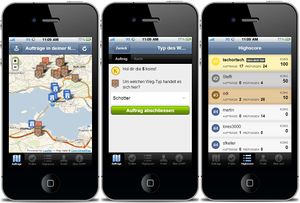 The Kort app is dead as of 2021 with last edits done in 2018. It has been published 2012 and it was one of the first to use the concept of gamification in order to motivate users to capture (OSM) data. Gamification means, that game-like elements are used like winning points, badges to climb the highscore and seasonal actions. The points (so called Koins) are collected by the players by fulfilling tasks. Examples of tasks are POIs without a name, where the user has to enter the missing name. All proposals for solutions to the tasks are then validated by other players.

Kort Native was relaunched September 2017 as a native app for Android and iOS, then abandoned again in 2018 (until a maintainer is found). The Kort concept is still being used for experimental research in gamified spatial data capturing by User:Geonick (2018/2019).

We recommend Android users to use StreetComplete which also uses gamification principles. StreetComplete came after Kort and the main difference is that StreetComplete is doing edits directly (which sometimes takes users by surprise), while Kort built in an independent confirmation step in order to avoid vandalizing OSM for in-game advantages.

All changes to OpenStreetMap are made by the OSM-user kort-to-osm. If you encounter any problems with edits from this account, please contact us via Mail (kort-dev at googlegroups.com) or open an issue on GitHub (http://github.com/kort/kort-to-osm/issues). 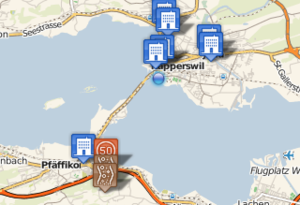 Bugs are downloaded every night from Keep Right. The data is from all over the world.

Kort Game in the media