This page is part of
WikiProject Philippines
Marikina in Mapnik

The Marikina Mapping Party was the fourth Mapping Party in the Philippines. It occurred on a Saturday, March 20, 2010 in Marikina City (Wikipedia) in Metro Manila. Since most of the roads in Marikina have already been mapped (thanks to the efforts of maning), what's left is to collect POIs and also to verify the existing data. This was also the first Mapping Party put up by the Metro Manila OpenStreetMappers to be promoted heavily online and to target new users. 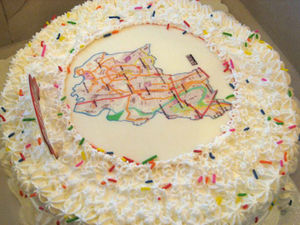