The New Year mapping meeting will be in the same format of the initial meeting, and again will be focussed on mapping footpaths and other rights of way. A lunch time pub stop also gives other interested people a chance to join the group. This time we will be again in Derbyshire, W of the city of Derby, and S of, the former roman road, Long Lane. This area of rolling countryside has an extensive network of paths, but is poorly mapped with the exceptions of a couple of long-distance trails. It seems to have a fair amount of pasture (fewer muddy ploughed fields perhaps), and is surprisingly rural given it's proximity to Derby.

The settlements of the area (Lees, Long Lane etc) have more of a feel of hamlets than villages, so there is less opportunity to tackle a village than last year. Most footpaths, with the exceptions of one long-distance path are missing or lack detail.

The format is as follows, with 3 discrete activities which allows people to participate in 1 or 2 if they wish: 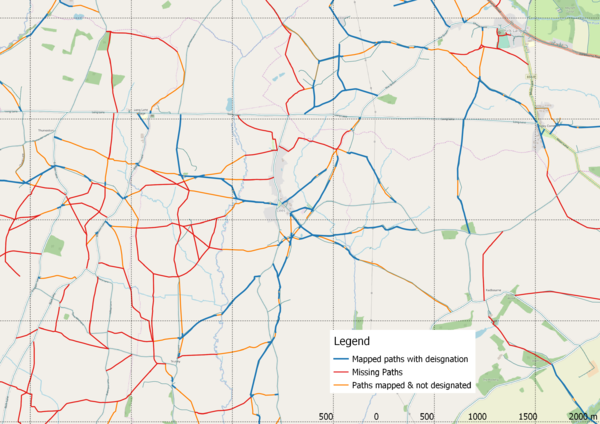 The principle area of work is to the W of Lees. However there are a couple of other areas to consider:

There's plenty elsewhere in the direction of Longford. Some known paths have been mapped as stubs from the road.

I suggest we largely concentrate on the area W of Lees in the morning & then individually knock off some of the other targets in the afternoon.

What happened on the day 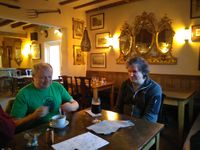 User:dudone mapped around Kirk Langley, and trigpoint around Sutton-on-the-Hill before joining the others in The Cow.

In addition SK53 took a number of panoramas of the area with a view to completing hedgerows & other details beyond the immediate area surveyed.

A few tentative statistics (so far): 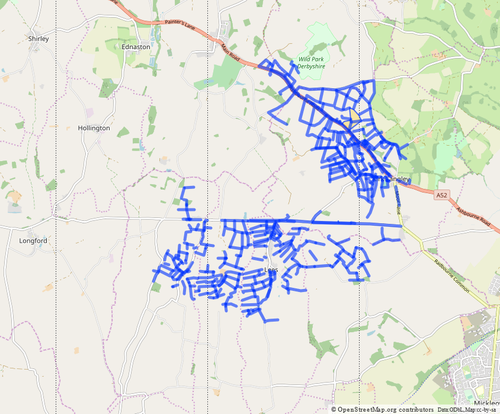 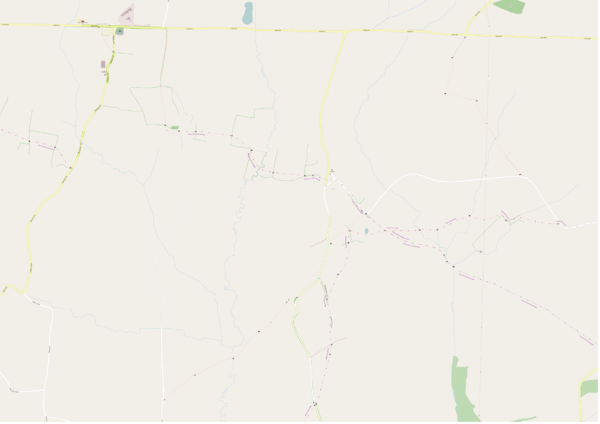 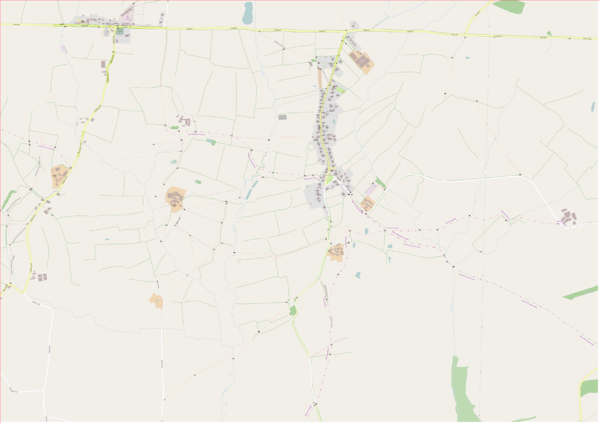