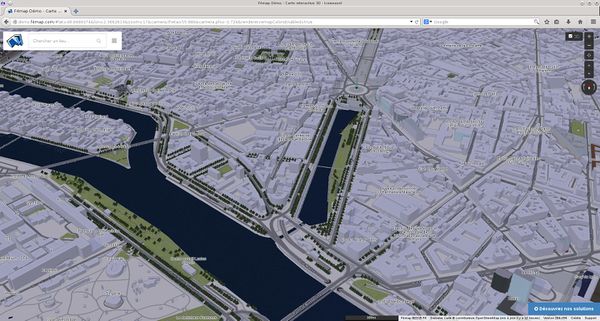 The goal of that import is to update existing OSM buildings of Paris with height information (ie. Key:height or Key:building:levels tag).

Almost all parisian buildings are already into OSM (thanks to the data import of the French land registry) but there is no height data and so no realistic 3D view of the city of Paris is possible. Luckily enough, the city of Paris has an OpenData website (called ODP from now on) where building data, including coordinates and heights (number of floors in fact), are available under the ODbL licence. I wrote a Java software in order to import the height data into the OSM database.

In the following example the OSM building can be updated with levels=6 because 82% of its surface has 6 levels: 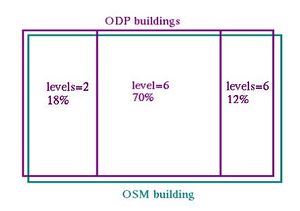 For more information you can check the GitHub software page: https://github.com/vince-from-nice/osmaxil

The import should be launched only once in April 2015.

There's no special reduction or simplification a part of the fact that only following fields are extracted from the available data:

On each created changeset there are 2 tags :

But maybe it would be better to set the source tag on each updated building because it's more visible (need to clarify that point).

The only data transformation is to add a new building:levels tag to the way-building, nothing more.

But note that the import is not aggressive: it updates a building only if the relative way element has no building:levels tag already present. That way it cannot disturb works of other contributors.

The software itself is available on GitHub : https://github.com/vince-from-nice/osmaxil (the name of the project could change in future).

As described above there's no big risk of conflation since the program doesn't touch buildings which have already a building:levels tag.

In fact the import has already been applied on the test server (http://api06.dev.openstreetmap.org) a few weeks ago and it was restricted on a part of Paris. More exactly it's was restricted on an area between Bastille, Gare de Lyon and Nation which represents ~1/30 of the total area of Paris. From what I have seen it looks good. The only bad point is that only ~50% of the building have been updated but it's normal since the minimal matching score was set to 80%.

The import in live environment has been launched on 2015-04-22 with a minimal matching score of 80%.

Here are some statistics :

The import has updated 56% of all parisian buildings with their real building:levels.

For info I had started to develop a new more ambitious import: instead of just adding the height information it recreates entirely buildings "from scratch".

The development was stopped for lack of time but here are some visible results with the JOSM Kendzi3D plugin: 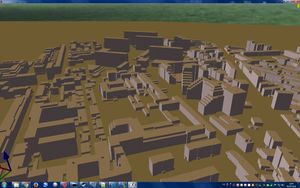 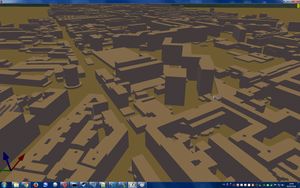 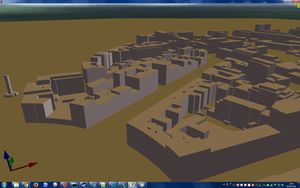