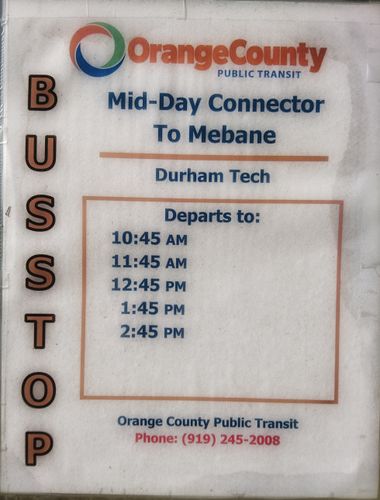 Bus stops and railway stations often include signs like this to indicate arrival times. A single relation would be created to represent this paper.

Public transport data in OpenStreetMap is improving rapidly. People all over the world are mapping local bus lines, ferries, railways, etc. Some do this manually, while others import General Transit Feed Specification data. Unfortunately, adding timetables, one of the most important aspects of such data, is not possible.

Timetable data, or schedule data, is the last crucial feature yet to be approved for making public transport data in OpenStreetMap useful to riders. Almost every other specification (including adding separate relations for different variations of public transport routes and opening hours) has already been approved. So why not schedule data?

Schedule data in OpenStreetMap would allow for applications such as OsmAnd and Maps.me to create public transport based routing services that would be useful to users. People could use OpenStreetMap instead of individual operators' maps when navigating new places. Services similar to Google transit could be created, all using OpenStreetMap.

Unfortunately, many mappers in the OpenStreetMap community consider any method of adding schedule data to public transport features to be too complicated. They believe it to be messy and impossible to maintain.

These are valid concerns, which are all considered are mediated to the maximum extent possible in this proposal. Overcoming complexity is easy. Overcoming the issue of maintainability is much more difficult.

Main article: Proposed features/Public transport schedules/DeparturesThe new tag departures=* for listing the departure times from the first stop of a route. This tag should be used on any public transport route (but not on stops/platforms).

This method is overly complicated, and would likely cause more harm than good, so it is has now been abandoned.

A new type of relation, tagged with type=public_transport and public_transport=timetable can be used to indicate the arrival times of a certain bus route or train route at a certain platform.

This method would not modify existing public transport features in any way or form.

Please use the talk page. Any comments for improving the proposal would be highly appreciated! The goal is to create a system that will serve everyone's needs.