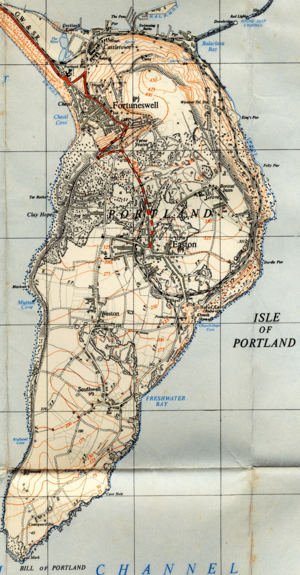 Blackadder has been actively collecting out of copyright or near out of copy right editions of this series. Currently (Oct 2013) aproximateky 99% of the 2027 sheets have been acquired. Thanks to two very large donations from the Universities of Glasgow and Coventry the majority of flat map sheets for full coverage are now held, including many different print editions, though more flat sheets from others would still be welcomed to fill in the remaining gaps and extend the number of print editions for each sheet held. Scanning and rectrification is ongoing with new output available via the OSM faffy MapServer instance.

A full index (2011 version - new updated version coming soon) is available as a tabulated list, or as a coloured chart. If you have any you wish to donate please contact Blackadder.

In the meantime until full coverage is uploaded to OSM you can make use or the National Library of Scotland's resources (see below).

The definitive tome to the series is "A Guide to the Ordnance Survey 1:25,000 First Series" by Roger Hellyer and with an introduction essay by Richard Oliver, published by The Charles Close Society in 2003. ISBN 1-870598-20-2. Blackadder has a copy.

The front cover of the map series (folded sheets) is basically blue and cream although the exact format varied through the years. Full examples here

Each sheet and its edition is individually identifiable in the cartobibliography by reference to the following:

Relatively few of the sheets have an actual copyright date. Most only have a date at which the print edition was first published and whether it was also reprinted with revision. According to a FOI request to the OS, the copyright expires at the end of the calendar year 50 years after the copyright date, so a map with Crown Copyright (C) 1960 enters the public domain at the start of 2011. For those without a copyright date, further clarification is needed and a new FOI request has been made to obtain this.

The 1:25,000 scale gives a huge amount of detail that's not available on the 1" maps we have reference to to date. See below for an example. Included are field boundaries for instance

The First Series was called "Provisional" because it was based on the 6" sheets of the late 19th century. The original intention was to resurvey the land for the new series but this did not happen until the Second series. As a result, other than significant highway additions, these maps have the version of our landscape that existed 100+ years ago.

The Provisional Edition shows many footpaths but they were not designated as Public Rights of Way.

The maps are available to view online in two ways. The older tiled version of the maps can be viewed at http://ooc.openstreetmap.org/?layers=000B0 while the newer MapServer instance on faffy (http://faffy.openstreetmap.org/?layers=000B00000)is where all future coverage is being uploaded. Eventually the new system will be accessible directly via ooc.osm. Maps can can also be displayed in the main map editors (see below). If tracing from these maps please tag an source attribution using source=OS 1:25k.

The newer and more complete (faffy os1-2013), older (limited - ooc os1) and NLS layers are all avilable from the JOSM tms selection page (Edit -> preferences -> WMS TMS). Just scroll down to those prefixed with GB in the top list and then add the one(s) you want to the bottom list by clicking the "activate" button.

Or alternatively to add manulally in JOSM version 3751 or later:

You should now be able to view the new image layer by selecting it from the 'Imagery' menu.

Please note that for the older ooc.os1 layer you may see error tiles appear if you happen to be at zoom levels 15 or 16 in an area where there is currently no imagery. This will be normal behaviour until we have map tiles for the whole of the available area.

In Potlatch simply select the required background from the Out of copyright list. When editing in Potlatch, press "b" to add the appropriate 1:25k source tag to your objects.

In Merkaartor add os1 to the TMS adapter (Tools->Preferences->Background Image) with the following: 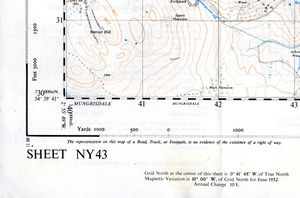 Scan showing the sheet number and print edition reference found in the bottom left corner of each map. In this instance its B//*

Scanning is being undertaken on Blackadder's Contex SD4430 A0 scanner (Older scans were done in two parts on an A3 graphics scanner). Scanning is at 300dpi with files saved as .tif images. Adjusting the white point level during or post scanning can help "clean" up yellowing sheets.

Initial calibration of the scans is relatively easy for most of the sheets as distortion is minimal and the position of the OS Grid lines much more accurate than on 1" maps of the same period. Calibration involves obtaining a set of ground control points (gcp's) in the scanned image. The position of the OSGB grid lines is known on each map so the corners are used plus some additional points as required, normally 9 points per sheet, or more for oversized map sheets. Gimp or Photoshop is used to open the scan and get the xy pixel co-ordinates for each control point. These then go in a csv file named the same as the scan image file. The columns used for the perl scrip must be:

Richard kindly produced the original perl scripts (http://svn.openstreetmap.org/applications/utils/ooc/) (tested on OS X and Ubuntu) that do the work though I have since modified the georeference script to make life a little easier and also to reduce output file size. You can get the revised version here

First of all, you'll need GDAL and Proj4 installed. Make sure libtiff (libtiff4 in Debian/Ubuntu) is also installed, plus libtiff-tools and libtiff4-dev may also be needed.

this might ask you a load of questions if you've never used it before. Then, at the command line that appears type:

Lots of people in #osm will be able to help you if this doesn't work.

Next put Richard's perl scripts in the directory with your .tif and .CSV files.

Getting tiles (should you want tiles) is a two-stage process. The first stage is to straighten up the scans, crop the borders off if required, and embed the co-ordinates in a new GeoTIFF file format (.TIFF file). This is easy, run:

You can do a whole bunch at once, so:

This'll create straightened files with names like NX88_001_r.tiff ('r' for "rectified") and NX88_001_geo.tiff ('geo' for the uncropped but rectified and refrerenced geotiff). The .tiff has a four-letter extension.

NB. Reprojection and tiling is not required if the scans are being used in MapServer. All current work is loading the cropped geotiffs to Map Server on faffy for serving, ie no tiling is being done beforehand currently. If you do wish to create tiles follow these instructions.

The next stage is to reproject the scans into spherical Mercator ('900913') and chop them up into tiles.

You can't just do this on a per-scan basis. With each scan, you also need to include the scans that border it. Otherwise, because the 900913 tiles are at a different angle than the OSGB ones, you'd end up with blank areas at the edges of the sheet. So make yourself a little list of the scans that border each other.

You could in theory also do:

but note that this will combine all your rectified tiles into one big image, and if you have lots then it'll boggle your computer.

Hey presto, you have a bunch of tiles in the right directory. Good eh?

If you got a tiff file open error instead then make sure that libtiff is installed. Reinstall Imager afterwards.

It produces tiles at zoom 15 & 16. The original 300dpi scans sit somewhere between these two zoom scales. For lower zoom tiles TomH has a script he can run on the OSM server to produce them.

The code doesn't do any additional processing over and above rectify/crop/reproject/tile (in that order). You could, in theory, add an extra line of code to sharpen the image, or whatever - the Imager library is very good at all this.

Any tiles with more than 7500 black pixels won't be written. Increase this value a bit if you find you are missing tiles at highest zoom. It probably means that tile naturally has a lot of black type or features.

Each 10km square map sheet has a total final size of around 65MB before tiling (cleaner sheet are usually smaller and dirty ones can be larger). Thus a 3 x 3 set of sheets tiled at the same time results in a combined image size of around 590MB. Imager is used to do the final tiling. In doing so the combined tiff image is loaded into memory. This currently eats too much ram for a 3 x 3 area and the process bombs out. Richard will rewrite differently when he gets a chance. A 2 x 2 works ok as does generally a 3 x 2.

Cropped geotiffs are being uploaded to the MapServer on faffy via the dev server. Firefishy looks after the rest of the process.

The index is currently being rebuilt (Oct 2013) following acquisition of over 1900 map sheets from Coventry University. Together with the previous acquisition from the University of Glasgow the holding of 1:25,000 provisional/first is almost complete coverage for the areas published by the OS, however a small percentage of sheet are still in copyright, the last ones coming out of copyright in 2021.

Index of maps held as at 27 August 2011 available as a tabulated list, or as a coloured chart

If you wish to purchase & donate a map that is not in the list then please check with blackadder first as new maps come in all the time and the index may not be fully up to date. All donations would be very much welcomed though (maps or funds to purchase them). Flat rather than folded sheets are preferred.

The National Library of Scotland has complete Provisional/First Edition coverage online. These can be used in the OSM editing software. See above for details.