Flooding in Western Senegal, particularly in the Dakar region, is more severe than in previous years. Some pictures there

The HOT Team is:

In progress, as of Aug. 29th, External notification to partners encompassing: 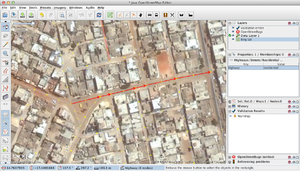 JOSM with a task loaded in Dakar + Bing imagery

We are currently identifying priority areas for mapping. Early reports are are Nord and Ouest Foire (Quartiers, neighborhoods of Dakar), Yoff, Pikine and Guediawaye.

There is a task on the Tasking Server to trace roads in this area - http://tasks.hotosm.org/job/54

UNITAR provides maps of Flood Analysis in dakar and Kaolack