We want to celebrate the second anniversary of the first OSM meeting in Spain. We plan to map Soria and do the paperwork for founding the spanish OSM chapter.

We will be using the "telecentro" at Cubo de la Solana. It's a pub/meeting place with room for 30 people and free wifi. It is yet to be decided what will be done in Soria and exactly where.

Schedule (to be confirmed)

One idea is to sign the association papers saturday evening in Soria, decide where to map, go mapping on sunday morning, do the workshop on sunday afternoon. (feel free to propose alternate schedules)

A proposed place is the "Parador Antonio Machado" [3] in Soria. It has a low season fare of 60€/night for a double room.

If you are interested in attending to the mapping party, you can sign down here (this is an informal list, just to see who may be coming). 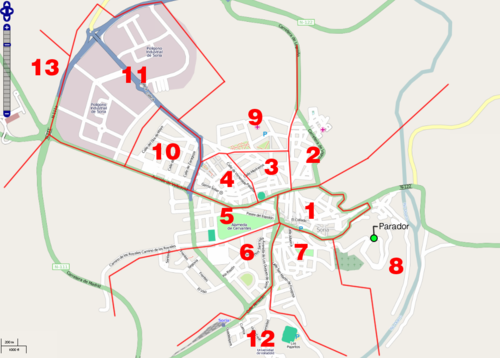 we can assign parts on location