State of the Map 2019/Scholarships

Language: English (as most of the conference)
Platform: Google / Humanitarian OpenStreetMap Team

Not eligible to apply

Persons who have been awarded a scholarship last year.

Filtered out before scoring

The applications that were sent to reviewers had the name and email fields removed. Please note that it would still be possible to associate an application with a name, due to the identifying information included in the rest of the fields.

Each reviewer was send a list of 80 randomly selected applications to score.
Towards the end of the process, applications that had few reviews were sent to other reviewers, in order to get at least 3 reviews by application.

Countries for initial and applications to be scored

The sortable table below shows the countries, the number of applications i) initially and ii) those that remained to be scored after the first filtering. To expand it click on "expand", on the right.

Note: there are minor differences in the numbers of the 2nd column and the last cell of the table below. These could be due to difference between country and nationality or to human error.

Stats on text length and nationalities at different filtering steps

Please also see the scoring section.
Most of the persons above were also involved with other SotM tasks.

The SotM Working Group asked last year's scholars if they would be interested to help (as they were not eligible to apply).
Three persons who had initially expressed interest in scoring the applications, did not manage to do it. Therefore, the scholarship team asked for help and there were 3 volunteers added (1 SotM team, 1 local team, 1 external).

The initial plan was to have 80 reviews per reviewer to get at coverage of at least 5 reviews per applicant. This did not work out as initially planned, as some reviewers did not manage to score their 80 assigned applications. In the end, each of the 189 applications was reviewed by at least 3 persons.

Each reviewer will review X applications. Each application scored on the following scale:

For each application, reviewers were instructed to score on two factors:

Other factors that reviewers were told keep in mind when they scored: 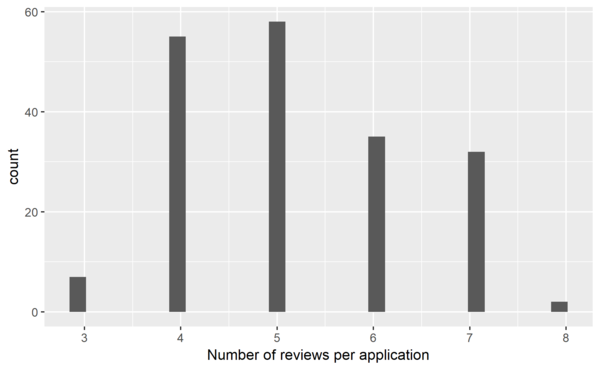 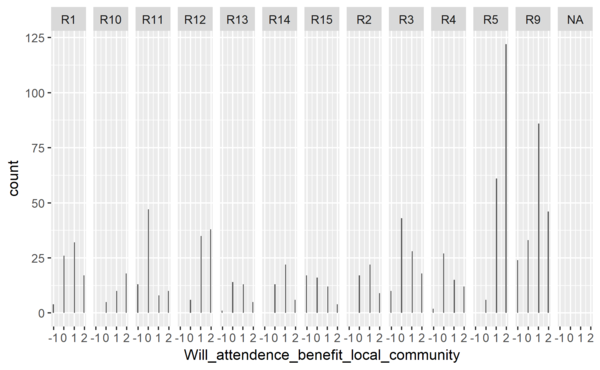 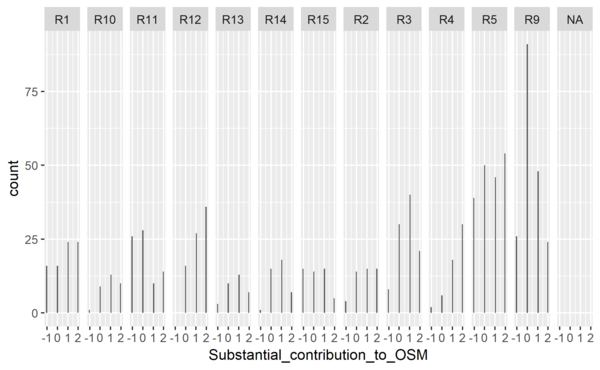 Meeting scheduled for discussion - all people who scored the applications and the scholarship core team were invited.


Participants: Mikel and Dorothea (one of the reviewers tried to connect but kept being disconnected).

The 2019 HOT summit took place in Heidelberg just before SotM.
19 scholars that were interested in attending it were granted free admission by HOT.

Difference from last year: This year Rob Nickerson focused on OSM-UK and was not involved with the scholarship process. As there was no other volunteer, the tasts he was involved in were taken up by Dorothea (OSMF Administrative Assistant), which resulted in an increase of the hours spent on scholarships and hence the administrative cost. It would be nice if the scholarship process can be run exclusively by volunteers, so please see the section below to find out if you can help the SotM Working Group.

These numbers will be superseded by any amounts on the treasurer's report during the 2019 Annual General Meeting.

* Please note that the 2018 cost might include accommodation for others (video team etc).

Some of the tasks are below: