This page contains information relating to mapping activity that is specific to the County of Strathcona, in Alberta, Canada.

As of March 2008, mapping in Sherwood Park has just begun. The map data is being added slowly, but it's getting there. 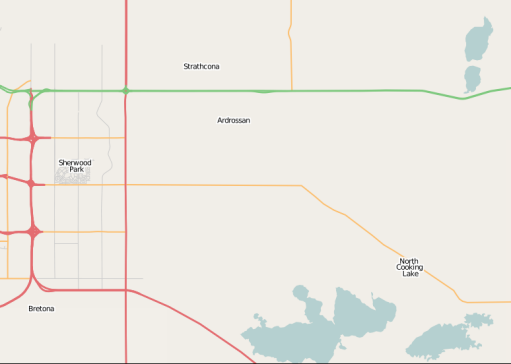 More detail has been added in Sherwood Park, and the surrounding area. March 29, 2008. 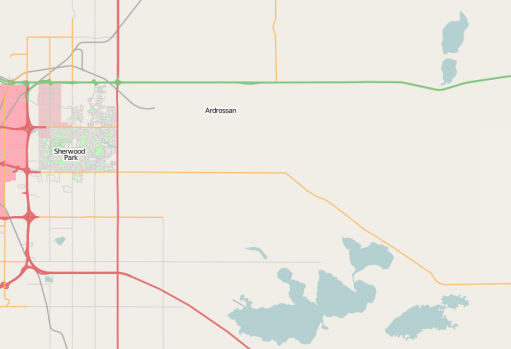 Most of the major road grid has been added in the County. Low resolution Yahoo images used to place roads, so intersections are very crudely placed. GPS coordinates for the intersections are needed to align properly. GPS tracks of the subdivisions are also needed. April 16, 2008. 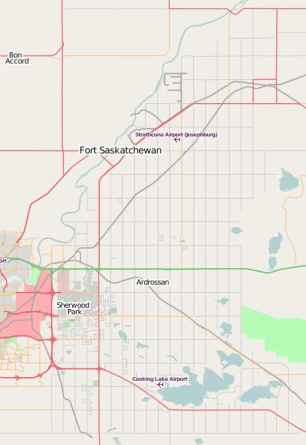 Between 2008 and 2023 many improvements have been added to the map around Strathcona County thanks to many contributors pitching in here and there. All major neighborhoods and most buildings have been mapped as well as major and minor roads. Work continues on adding adresses to buildings as well as labeling businesses and other features like bus stops and sidewalks. As Strathcona County is home to more than 100,000 residents it may be necessary to do a data import for tasks like adding adresses to houses which could take years otherwise.

Strathcona county has its own official repository of GIS data available here. The website further links into different info datasets like the official business directory map or the Strathcona County Open Data Portal for example.

All data is published under the Open Government Licence - Strathcona County Version 1.0. At the time of writing it still needs to be checked if it would allow for imports into OSM.

Other mapping projects in the region